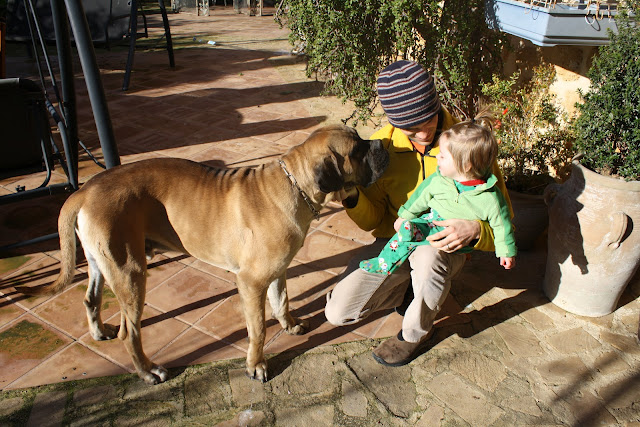 After our visit to the magnificent Scala dei Turchi, we drove along the southern coast of Sicily to the city of Agrigento.  We had reservations at a lovely B&B called Villa San Marco.  It’s a peaceful, lovely spot right on the grounds of the historical park of the famous Greek temples of Agrigento.  We had a great view of them, in fact, right over the pool: 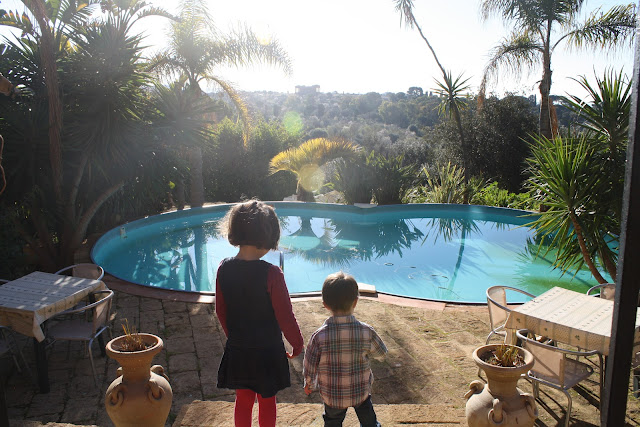 Our rooms were in the old barn, we think, of the original villa.  Scattered around the grounds are tables and chairs for comfortable lounging and reading, and Elliott and I did a lot of that over the weekend as Lena napped.  Roaming the grounds is a gigantic Italian mastiff (called a Cane Corso), a snuggly Dachshund puppy, gorgeous peacocks, white fantail doves, a cheerful cockatiel, and maybe a hamster.  (Elliott thought he was hibernating.  I thought he was… well, you know.) 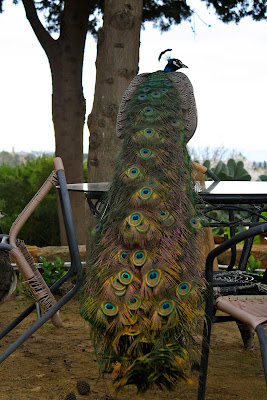 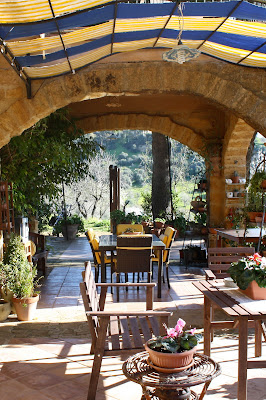 Our first morning there we explored the grounds before breakfast.  There were so many almond trees in blossom!  When our group had assembled, we drank lattes over homemade jam (apricot, peach, and prickly pear), fresh rolls, and blood oranges. 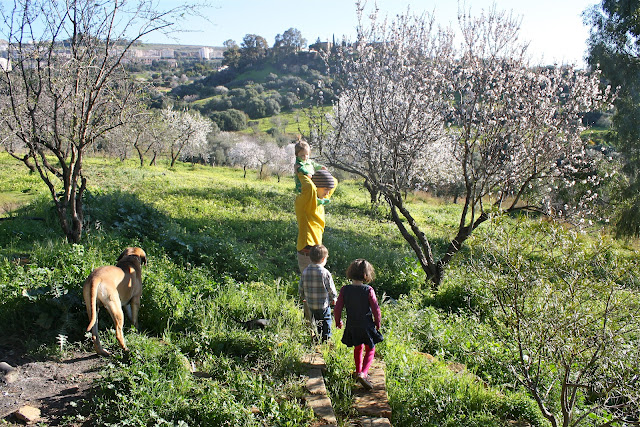 We headed into the park to take a closer look at the beautiful remains of the Greek temples.  The air was fresh and cool, filled with bees buzzing around almond trees and the laughter of all the children in our crew. 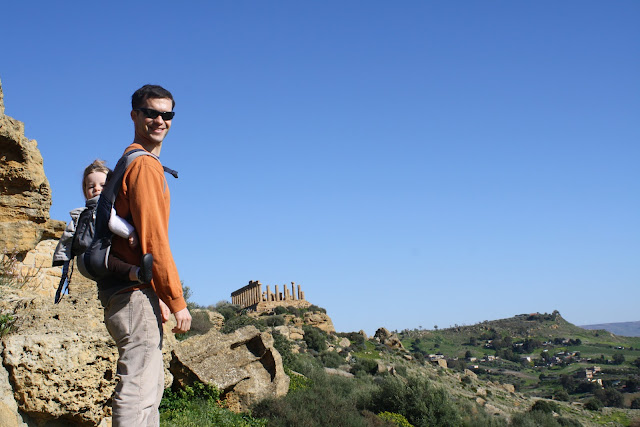 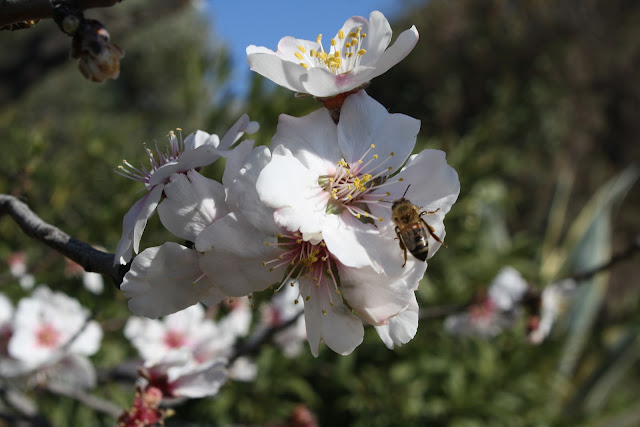 Mixed in between the ruins were these interested iron sculptures.  Not sure what the point of them was.  Fallen Greek gods? 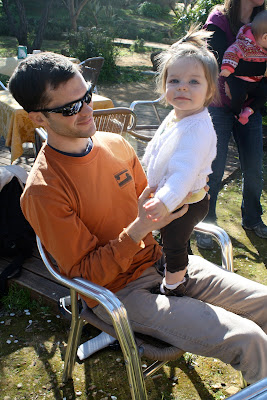 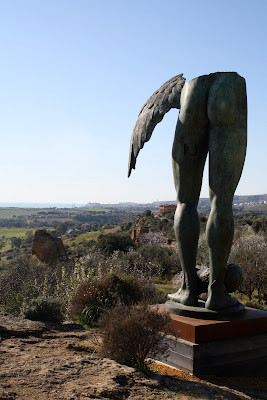 We stopped for lunch at a little cafe on the park grounds.  The kids went to work cracking open last season’s almonds with their dad, Josh.  Caleb also helped out by holding Lena.  They both need more practice, I think. 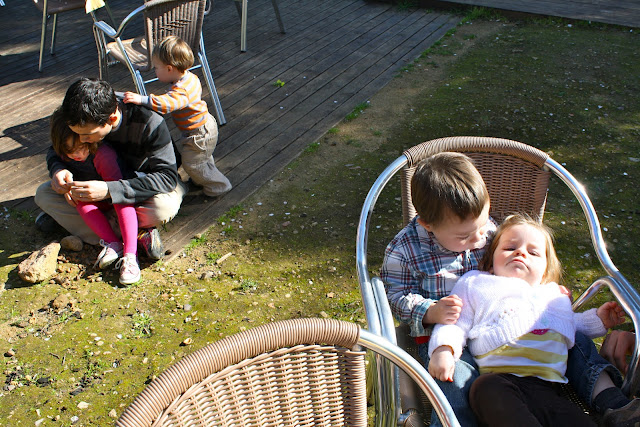 The kids offered Lena and me the tasty nuts they had cracked. 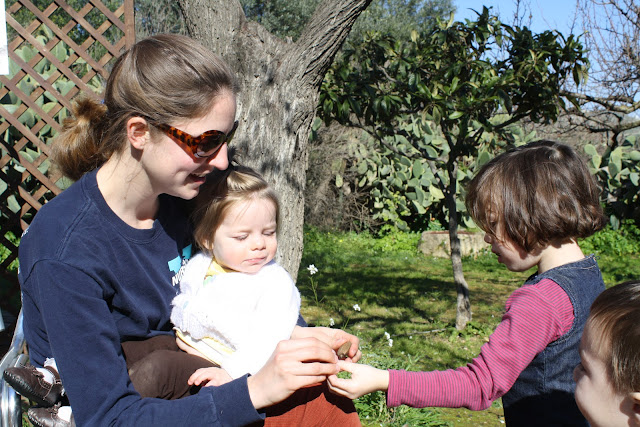 We wandered along the ridge to the final temple and stopped for photos of the vista. 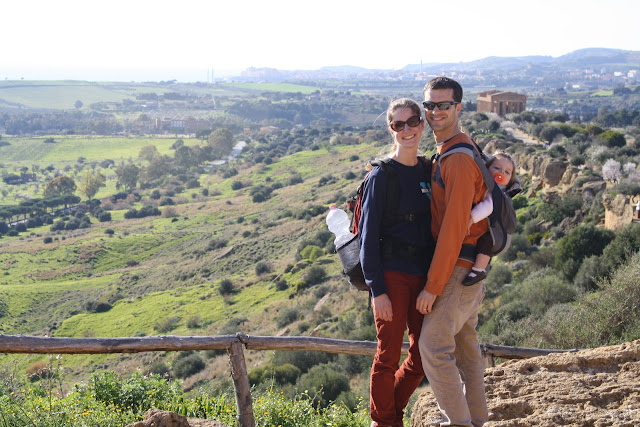 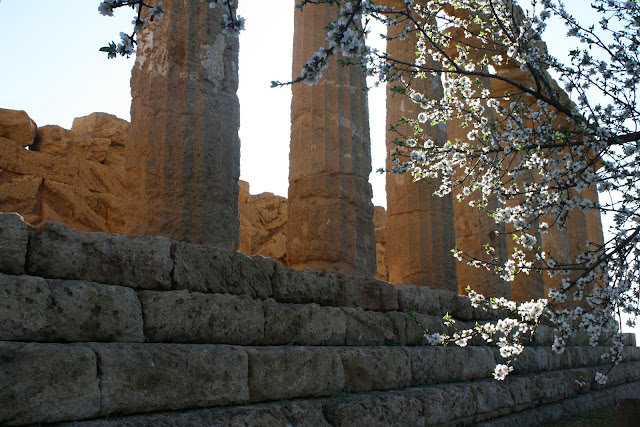 Then Josh, Grant, and I took some jumping pictures… 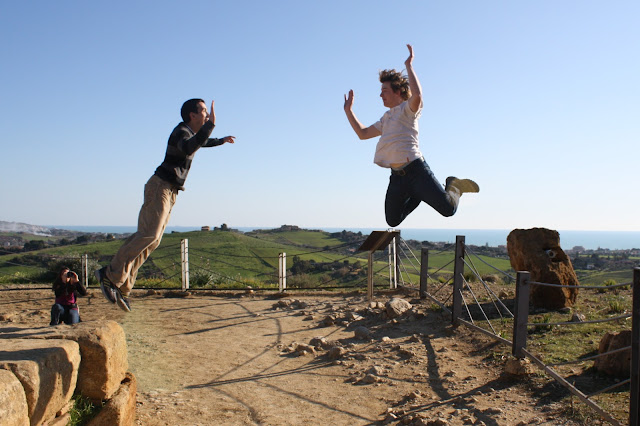 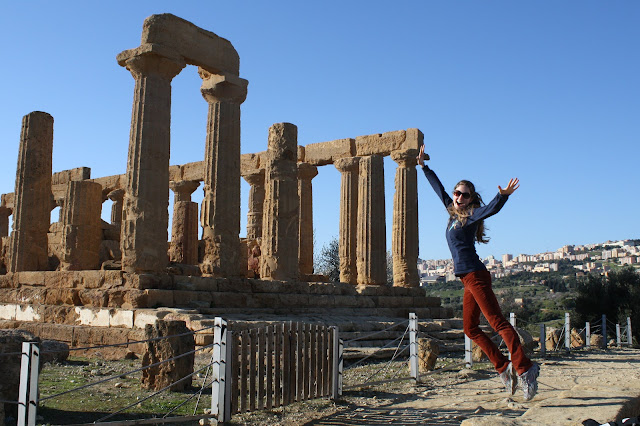 Even little Lucas jumped off the ruins! 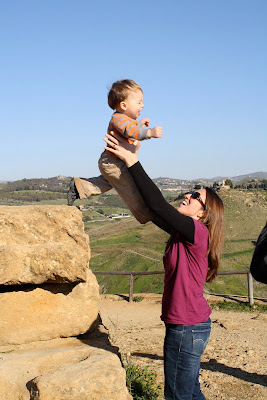 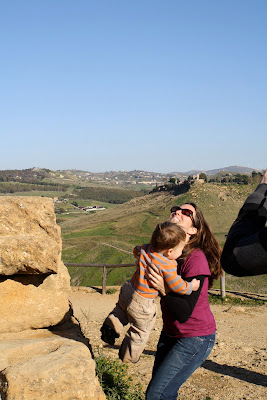 We waited until the sun was about to set before finally heading home. 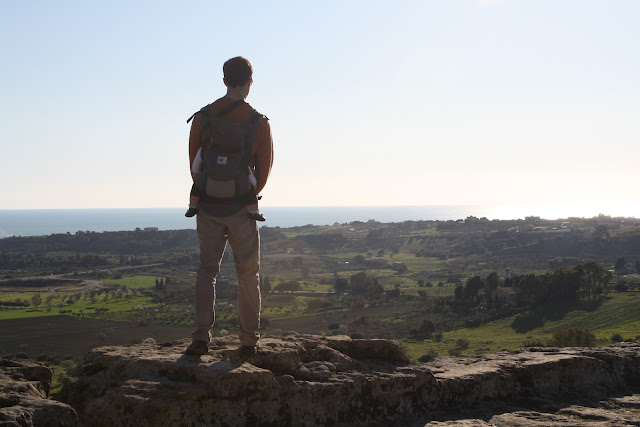 The next morning we couldn’t decide whether to leave early or stick around for more sightseeing.  While we pondered, we waited for peacocks to show their colors: 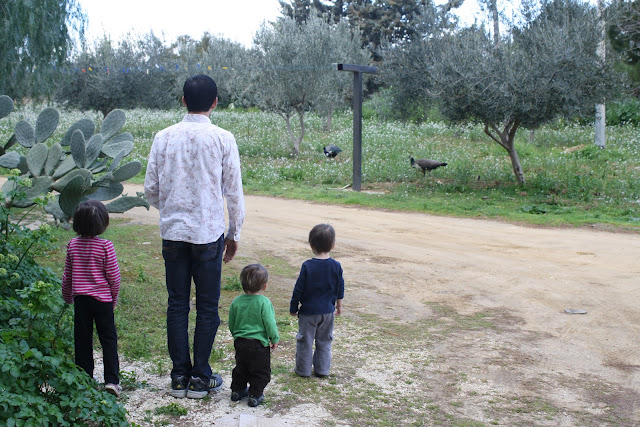 tasted pine needles (and flowers and leaves and rocks and other things), took rides on large dogs, 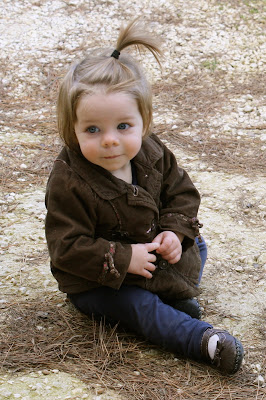 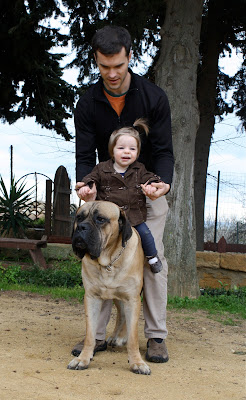 and checked out the ducks with our friends. 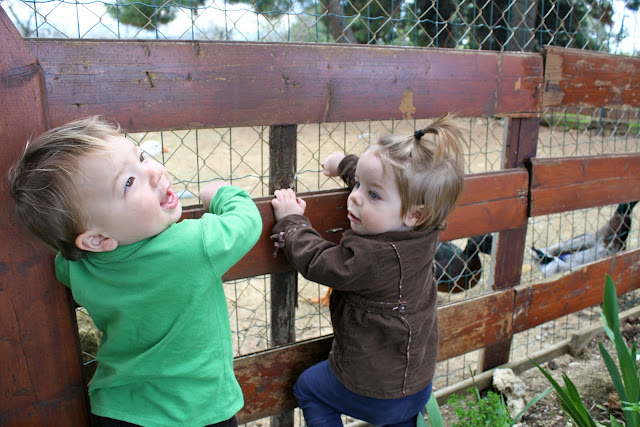 Finally we decided to head home after all.  One of the peacocks turned up his feathers at the idea!  Quite a farewell. 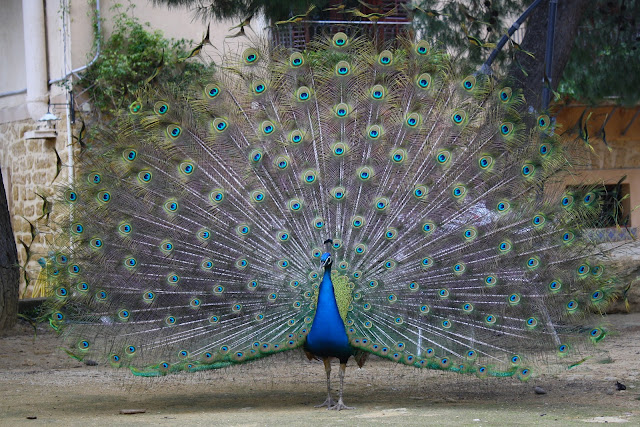 Agrigento
there is a reason…