Elliott was the first one to remember it was Valentine’s Day.  He gave me a kiss — “… and happy Valentine’s Day, my valentine!” — as he headed out the door early in the morning, leaving behind a still-sleepy wife and two sleeping babies.  I will admit I didn’t give Valentine’s Day another thought until that afternoon, when Elliott’s return was growing imminent and I had absolutely no plans to commemorate the day.

Since my friend Shelley was generously providing dinner for us, I didn’t have to come up with a meal.  But maybe I could handle a dessert?

Correction: Lena and I could definitely handle a dessert!

I found this sugar cookie recipe and halved it.  I also added in the grated peel of a whole orange, which made the cookies 10xs more delicious, in my opinion!  We mixed up pink frosting from this recipe.  Gil woke up in his swing while we were finishing up the frosting.  When I turned back around, Lena had the frosting all over her clothes!  Time for a wardrobe change.

Unfortunately I didn’t realize until the dough was mixed and chilled, the frosting prepared and set aside, and the dough rolled out for cutting that I do not own a heart-shaped cookie cutter.  What?!  In the end I improvised by cutting the dough out around a construction paper heart (which, ironically, was a note I had written to Elliott at a Valentine’s Day dinner last year).

We made 3 heart-shaped cookies and the rest were butterflies or flowers.  And yes, I did attempt to frost one while also nursing my baby.  #fail

At last Daddy came home… bearing bouquets of flowers for both of his girls!  Lena wanted to show hers to her little brother.  “Wanna smell my rose, Gil?”  *smash*

We ate a delicious meal from our friend and topped it off with the heart-shaped cookies for dessert.  Later Lena blew out the dinner candles with Elliott.  We eat by candlelight most nights, and no, it is not my idea!  Elliott’s parents almost always have candles burning at the dinner table (something they picked up from Edith Shaeffer’s The Hidden Art of Homemaking, a wonderful book that is not nearly as stuffy as it sounds).  Elliott brought that tradition into our home, and now Lena’s new tradition is to count the candles (“waaan… twoo… treee… fur!”) and blow them out with her daddy every evening.

While Elliott gave Lena a bath, I admired my own beautiful flowers: romantic roses mixed in with my favorites (daisies… or at least the closest we can get to daisies from our local flower shop).  Then I tried out the ring sling with Gil for the first time (he liked it!) while washing the dinner dishes.

I’d like to say we stayed up late watching a romantic movie with glasses of red wine, but actually we went to sleep around 10pm.  Oh the life of parents of a newborn!  We’re both looking forward to an evening out at our favorite sushi restaurant and this amazing chocolate cafe once life takes on a little more of a routine.  In the meantime, we’ll enjoy our candlelit dinners and handmade sugar cookies at home!

What did you do or make for Valentine’s Day?

Elliott and I worked on a name for our son for months.  We knew we wanted to cull his first and middle names from our family heritage, so we spent awhile piecing together family trees and picking out our favorite first and last names on both sides.  We would then try out different combinations, saying them aloud over and over.  Eventually, we thought we had the right one.

But then our baby just did not look like a… well, can’t say because we might use it one day!

So there we were, in the hospital, everyone asking us what his name was, and we had no idea.  We went back to the drawing board and at some point one of us remembered an old favorite. “What about Mark Gilchrist?  And call him Gil?”  And then back and forth and back and forth again… and it just fit.  What could we say?  He was our Gil Garber.

“Mark” is my father’s name, and I am so proud to name our son after my dad.  I know my dad’s mom, my beloved Gramma (who died when I was pregnant with Lena), would have loved that!  I hope in so many ways that Gil is like my dad: sincere and thoughtful in faith, a seeker of true truth, a lover of books and reading, a disciplined and conscientious worker, a man who prioritizes his wife and children before any other relationships, a faithful and honest friend, and, of course, an insatiable adventurer.

“Mark” is also the name of the author of the Gospel of Mark and one of the first New Testament missionaries.

“Gilchrist” is an old Scottish name, probably of Gaelic origin, that means “servant of Christ.”  “Gilchrist” is also a family name on Elliott’s father’s side, which they have traced back to the 12th century in Scotland.  The Gilchrist denominational heritage is Reformed Presbyterian, and there have been RP Gilchrists since the early days of the Protestant Reformation (16th century).  A significant Gilchrist in the recent family history was Elliott’s great-grandfather, Herb Gilchrist, who was a Colorado cattle rancher and deacon in his local RP congregation. Elliott’s dad spent many summers of his childhood with his Gilchrist grandparents in Colorado and felt a very close connection with them their whole lives. Gil’s Uncle David has the middle name Gilchrist, too.

We were thrilled to have some visitors that first day in the hospital, including a lot of little kiddos who were very excited to see the baby!

We’re hugely grateful to our dear friends the Arthurs, who watched Lena for us that weekend.  She was in heaven, I can tell you.  She asks every day if we’re going to see them.  “Bukka?  [Becca?]  Dosh?  [Josh?]  Ees?  [Elise?]”

Thanks to the sweet Arthurs, Elliott was able to stay with me the entire 36 hours that Gil and I were in the hospital.  I savored that time with just the three of us.  Elliott and I had so much time to just sit and talk and admire our baby.  It hasn’t quite been like that since we got home with Lena bouncing around us all day long!

I also am kind of a funny natural birth mama, I guess, because I actually like being in the hospital.  Think about it:

What can I say?  Sometimes it’s the littlest things that mean the most… like that darling little baby in your arms!

27 :: in Baby Numero Due, family, Gil, Instagram, motherhood
January 14, 2013 at 2:58 pm
I haven’t shared bits and pieces of our life for awhile as captured on Instagram. It’s always so much fun to go back through the images and remember all those random memories I captured spur-of-the-moment!  Here some snapshots of the ordinary and the lovely in our home: 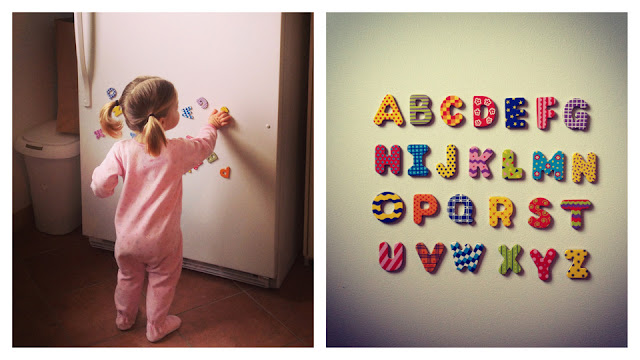 Enjoying her beautiful alphabet magnets from her grandparents. 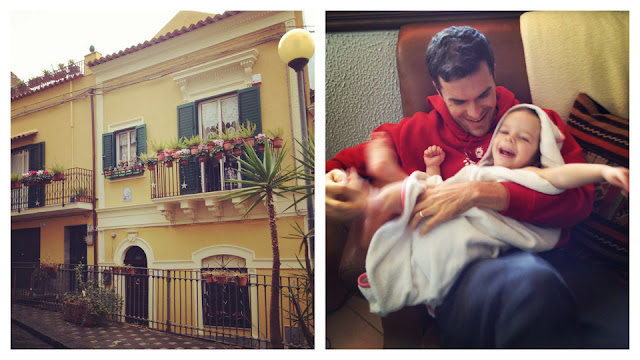 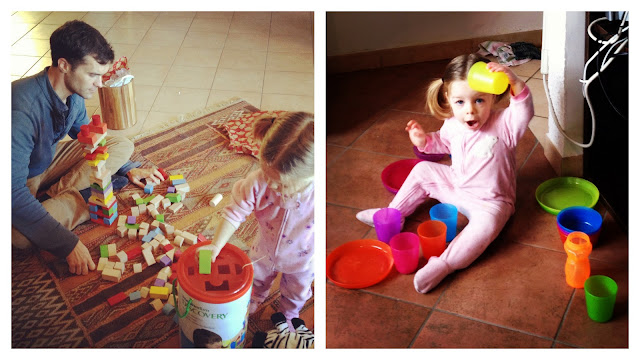 Everyone in this house loves our new blocks (thank you, Anthony and Laura!)
& goofy girl 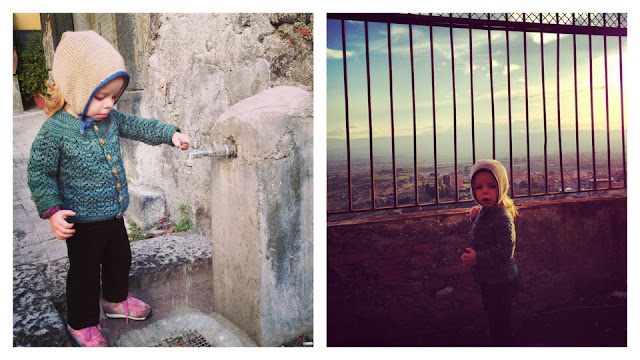 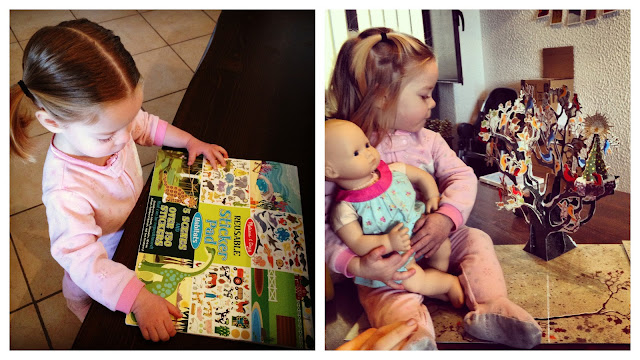 Hours of fun with this reusable sticker pad

& admiring our finished Advent calendar: a tree full of birds 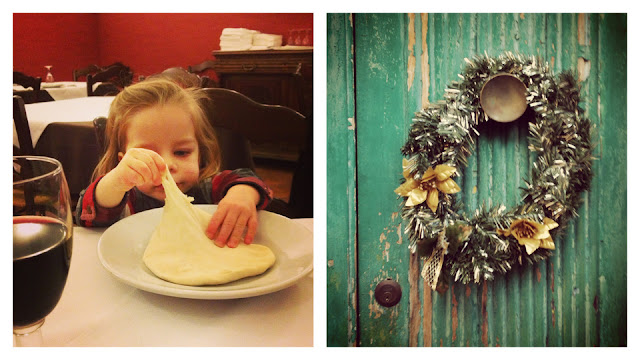 at a restaurant in town, the chef working the stone pizza oven always lets kids make their own pizza
& tired wreath on a worn door in our town 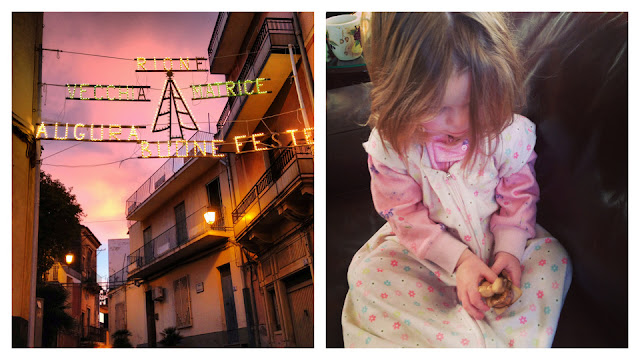 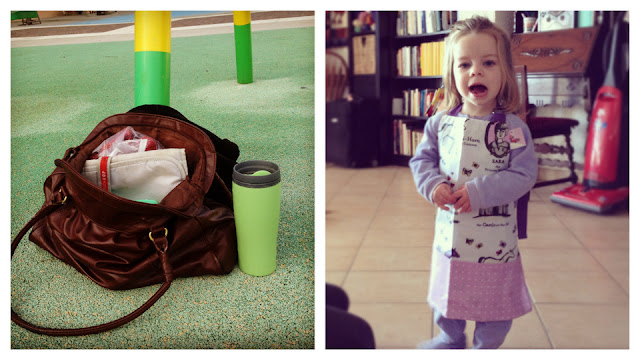 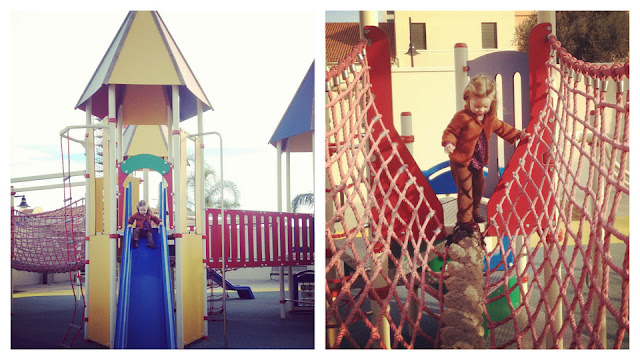 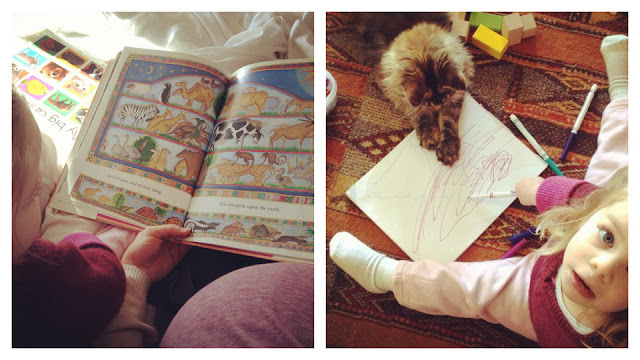 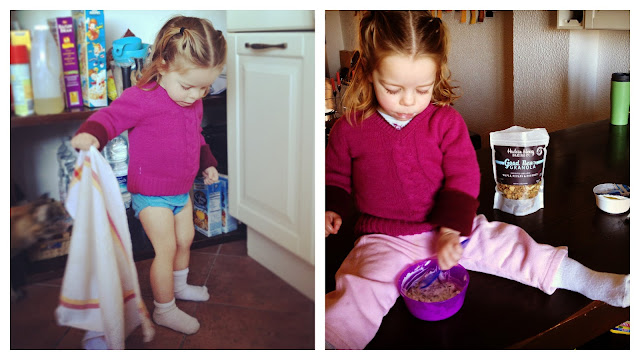 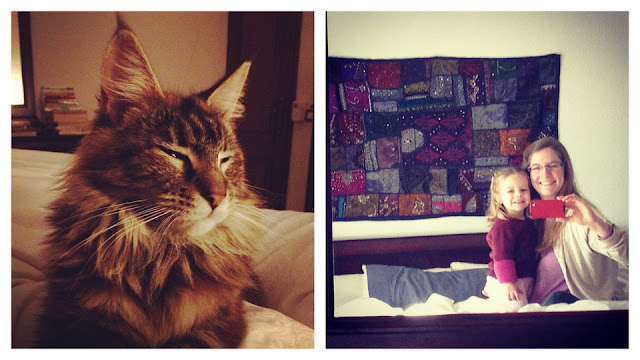 Around here it seems like people make their IKEA shopping lists over the course of a month or two before braving the store to stock up. My friend Becca and I were in that boat, needing storage bins, holiday wrapping paper, potted ivy plants, plastic kids’ dishes, etc.  Earlier this week we joined forces and took off for the endless, winding halls of IKEA, kids in tow. 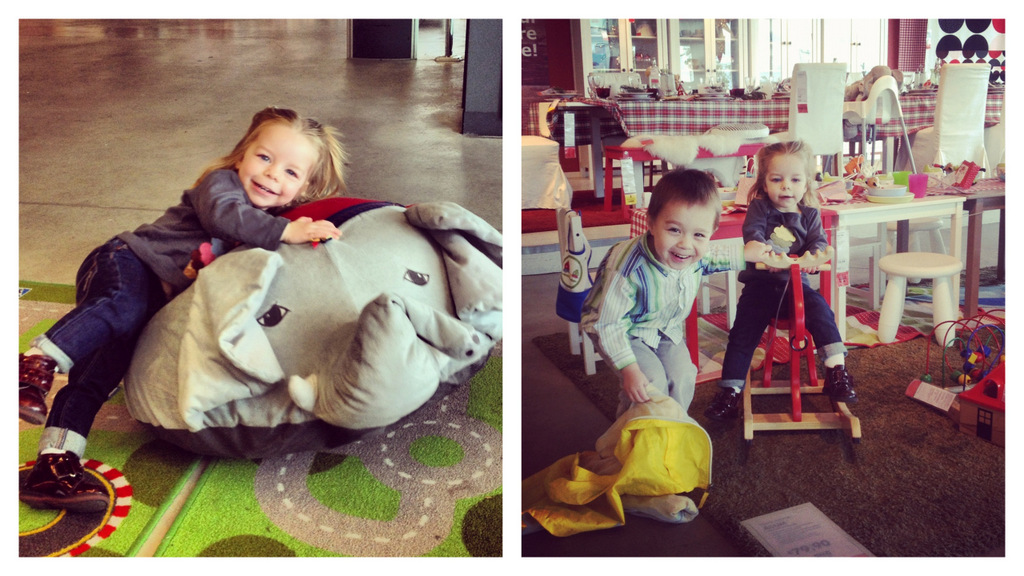 You know you love IKEA when your kids start playing with amazing toys
as soon as they walk through the door. 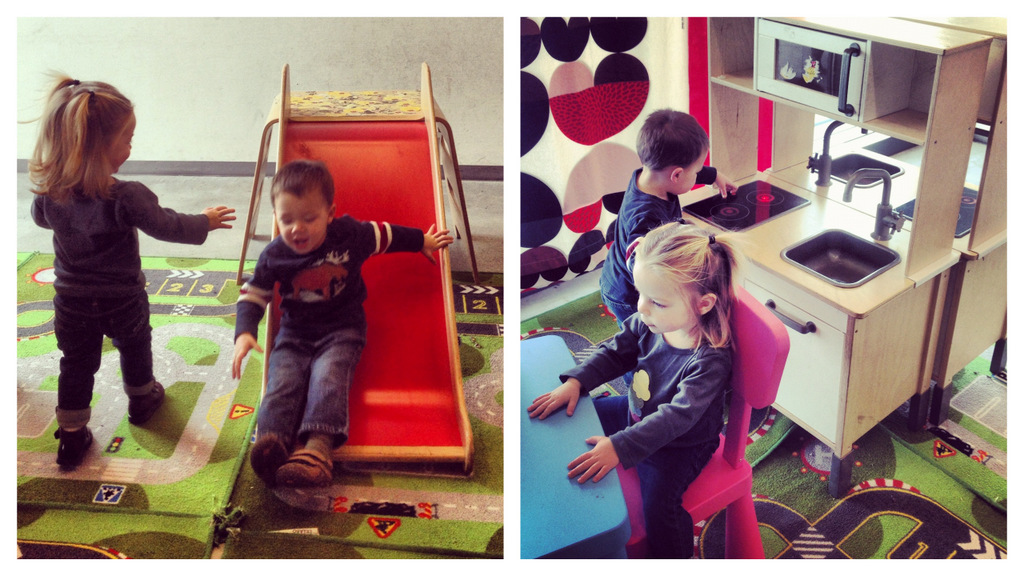 On the right: Lucas prepares a meal for Lena as she patiently waits.
(Of course in reality this scene lasted for about 0.4 seconds, or however long it takes my phone to snap a picture.) 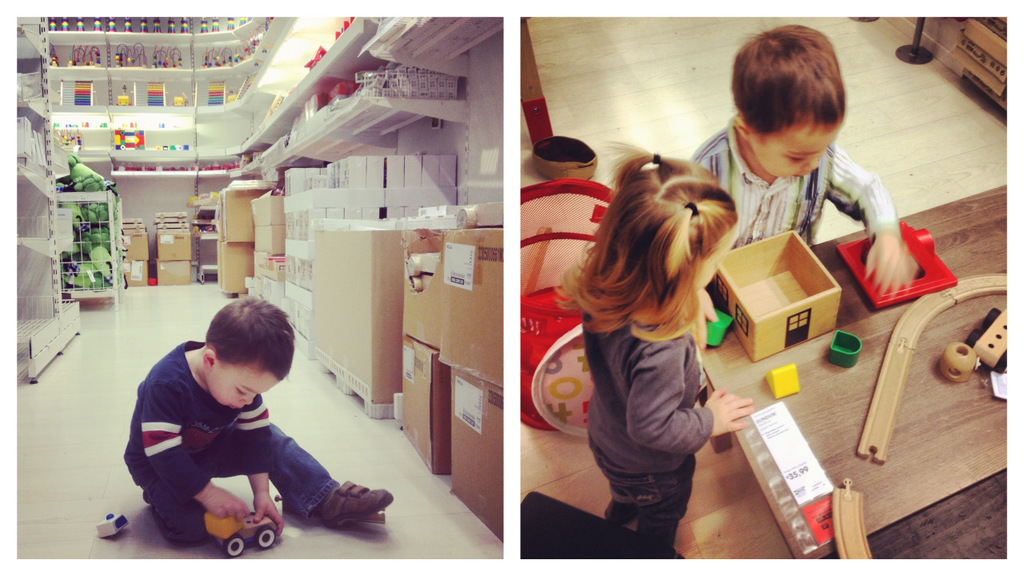 Ah, the toy section, where both parents and kids can spend ever so long. 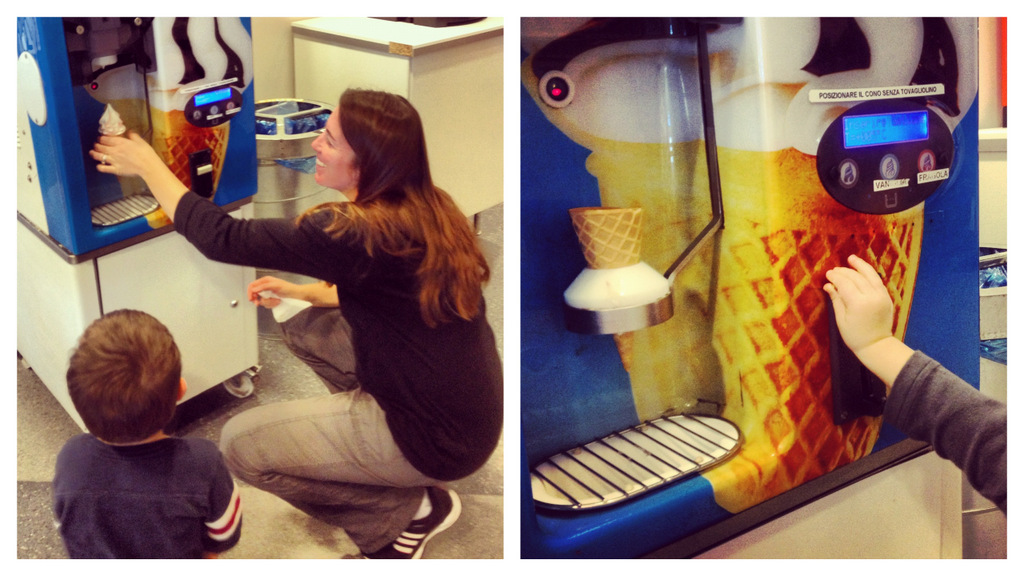 The ice cream machine in the cafeteria is a huge highlight of the trip. 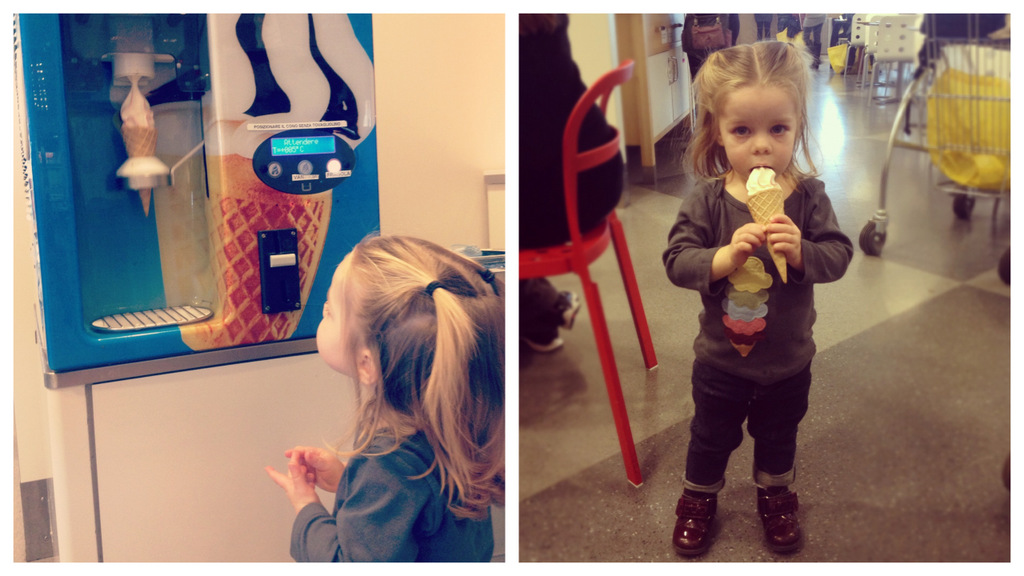 Anticipation… and joy!
(And the perfect t-shirt.) 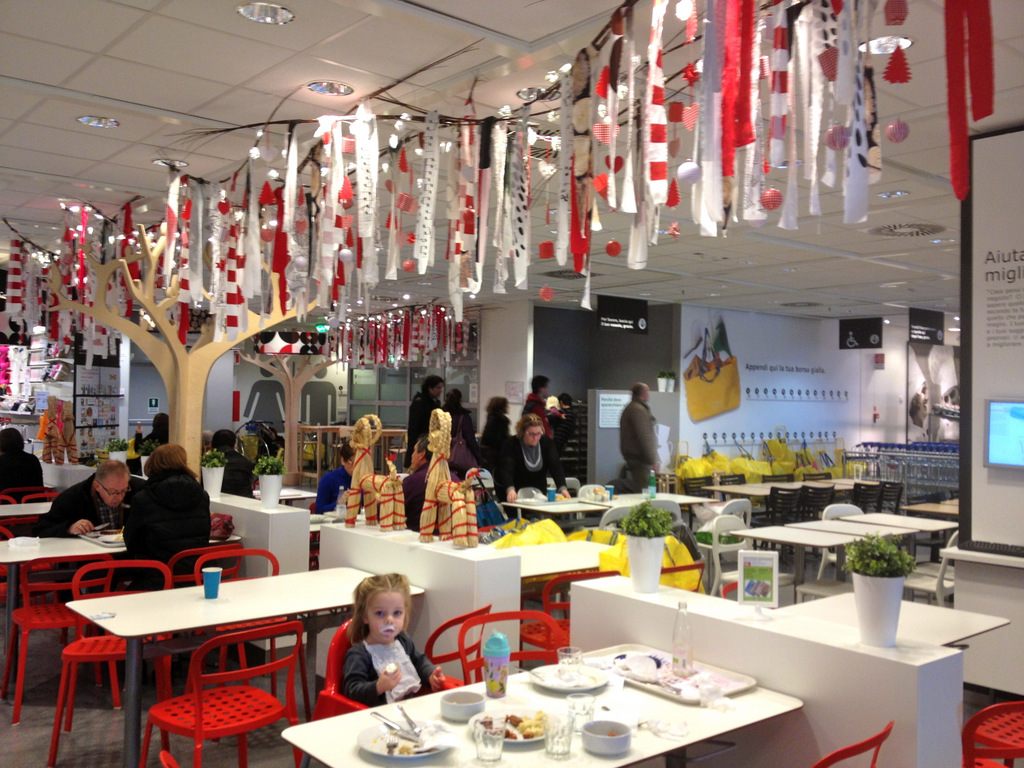 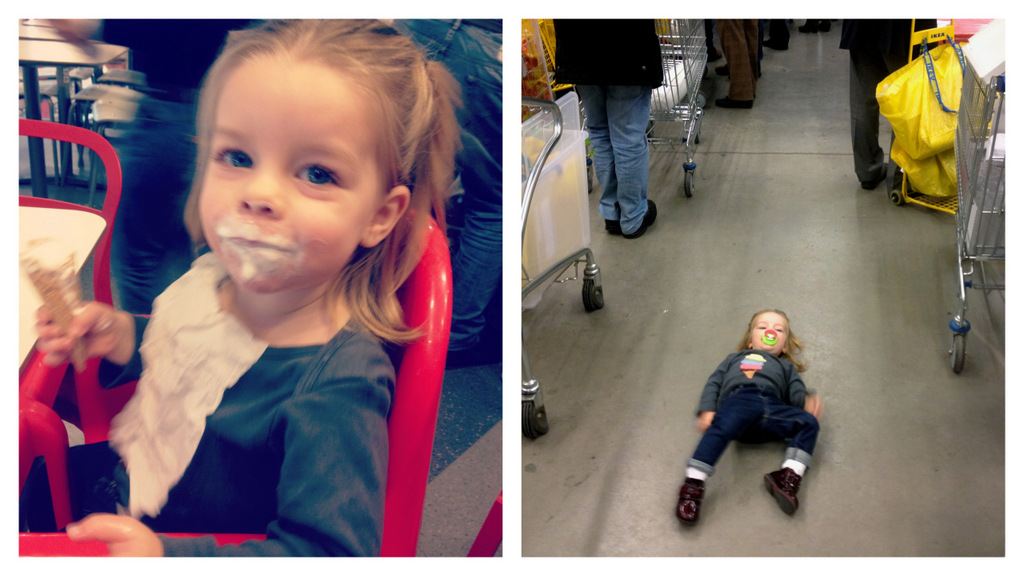 There’s a happy face!
(I actually don’t think she’s ever had her own ice cone before… and she would not share with her mama.)
And there’s a tired one.
Time to roll out.

N.B. My husband thought I should inform you that this is not a sponsored post by IKEA or Instagram.
#inmydreams