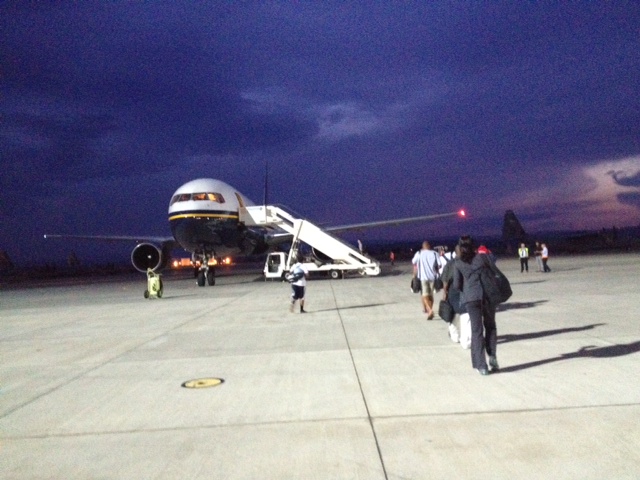 boarding a military flight in Sicily

Yep, I’m back in Virginia… again.  For the fourth time this summer!  (Find photos of other trips home here in May, here in June, and here in July.)  We were all planning to come back in October for Elliott’s brother’s wedding, but Elliott has to travel a lot for work for the rest of September.  We decided that Lena and I should go home early so I could spend more time with my family.  As this will be my last trip home until next summer (when we have another babe in arms), and because we are all deeply grieving the recent loss of my little sister, we thought these three weeks would be a valuable time for me to be at home with my family. 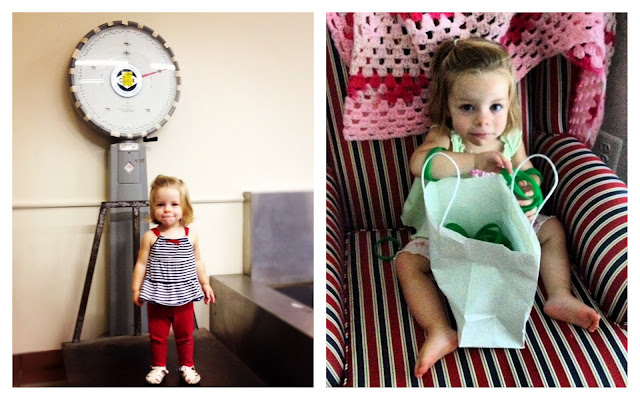 I took a bit of an unorthodox route home: a military flight.  Are you imagining cavernous cargo planes and Lena strapped into a jump seat?  I did too, but then I actually tried space available military transport, and it is so different than I expected!

First of all, you ride on a normal commercial airline, complete with regular flight attendants, hot meals, and movies.  The military contracts North American Airlines* to fly these “rotator” flights for them, and so every two weeks a regular Boeing 767 will start in Norfolk and fly through Rota (Spain), Sigonella (Italy), Bahrain, and Djibouti, picking up and dropping off passengers along the way.  On its way back this time, the plane picked us up in Sigonella; took us to Rota; dropped all of us off in the terminal on base for about 2 hours while it refueled, stocked up hot meals, and took on new passengers; and then flew all of us across the Atlantic to land in Norfolk around 3:30am on Friday morning, where my sweet parents were waiting to drive us all home to Fairfax (3 hours away).  It was a long, long day for everyone!

*(Have you ever heard of North American Airlines?  No, me either.  For all I knew, it could have been a fake airline.  Wouldn’t that be a perfect setting for a horror film?  “Everything seemed safe and secure for Captain Ghenty and his family… until they boarded a chartered flight home on an unknown airline… and somewhere over the Atlantic, everything changed….”)

Thankfully, the trip was uneventful for Lena and me.  We paid only $60 to get home (“taxes… sorry, ma’am”) instead of close to $1,000 as on commercial airlines.  We could have been stranded in Rota if there wasn’t room for us on the plane, but we weren’t… this time.  Lena and I will repeat the adventure again in October to get home and we’ll see if all goes as smoothly next time.  I’ve heard tragic tales of unaccompanied dependents (ie. wives and babies traveling without their high-priority active duty husbands) getting stranded for a week at a time along the way while full planes leave daily without them and I’ve heard of them eventually buying one-way commercial airline tickets just to finally get home.  I hope I don’t have to write my own horror story on the way back!

***
Check back later today for some fun photos of a festival I went to in D.C. on Saturday.  It’s good to be back in the U.S. of A!

in the States!
H St Festival with Eden

4 Responses to in the States!