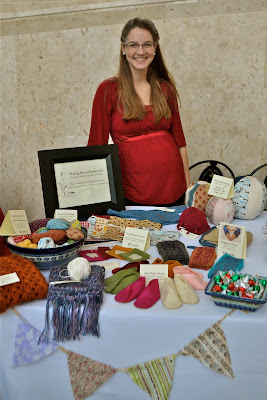 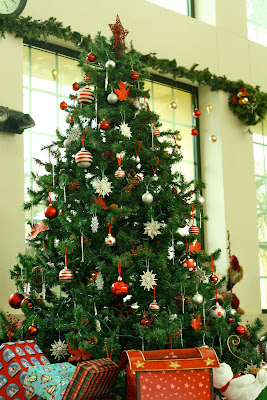 Saturday was the long-awaited day!   After knitting and sewing in every spare moment for weeks, I was finally ready to fill a table with my wares and see if people would buy.

The location of the craft fair was flooded with light and so beautifully decorated!  Since there were several other events going on around base at the same time (Breakfast with Santa, Winter Wonderland crafts for kids, and the Relief Society gift sale, among others), the hall was filled with people going to and from events and stopping in to buy Christmas presents. 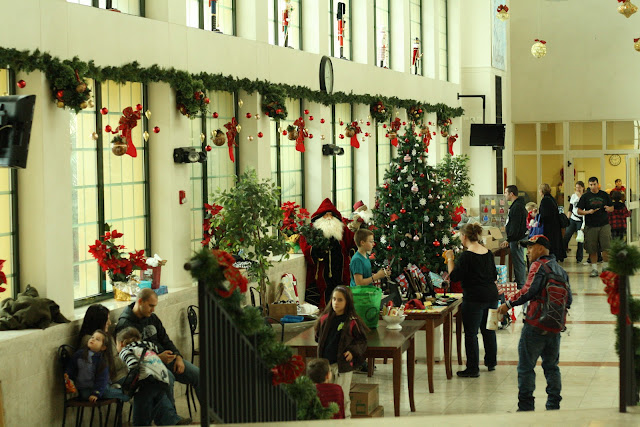 I shared a table with my sweet friend Anna, who is the woman behind BB&J Bakery.  She designed all her own patterns for chef hats and play food made out of felt.  Her stuff is sooo cute, as everyone thought as they walked by our table! 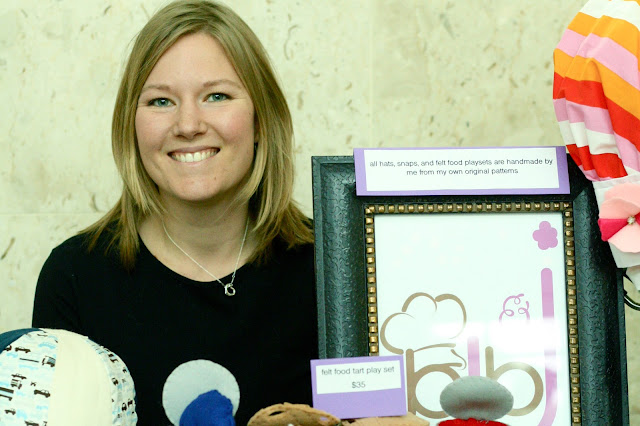 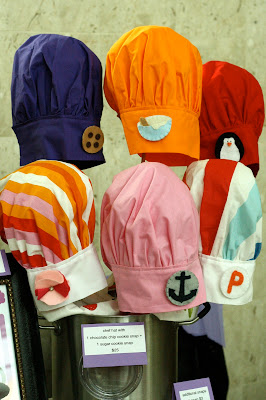 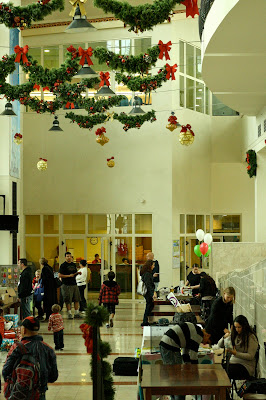 Each of her chef’s hats has a little snap on the front; she sells darling interchangeable snaps. 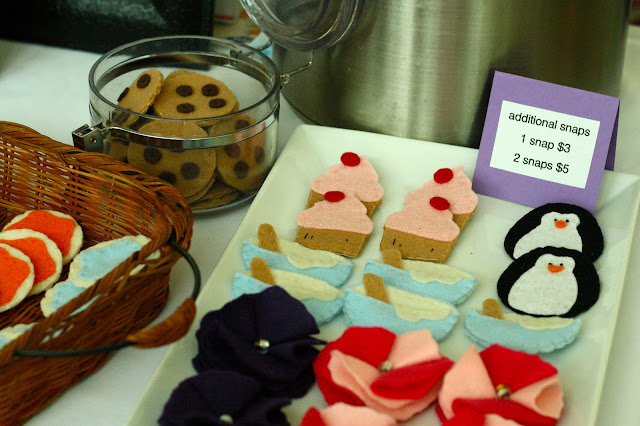 And here is some of her felt food… pretty enough to eat! 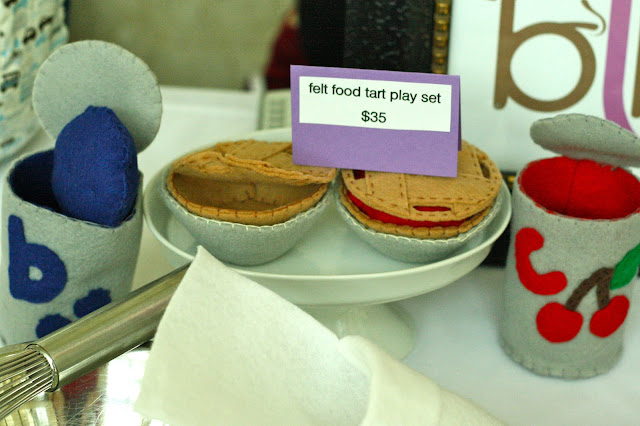 On the other side of the table, here is what I was selling: 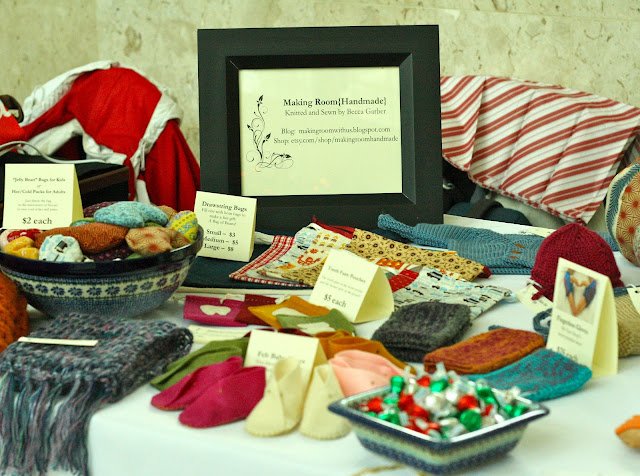 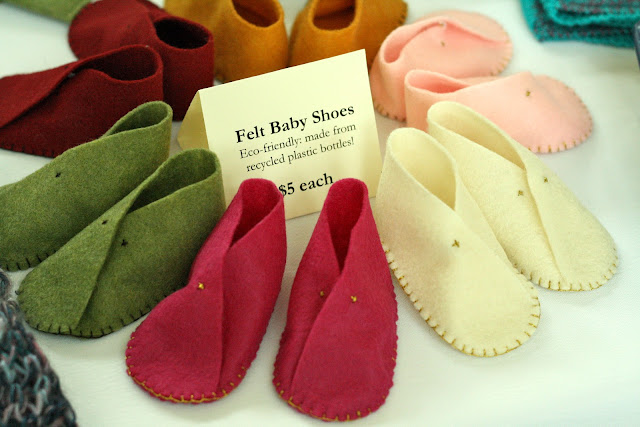 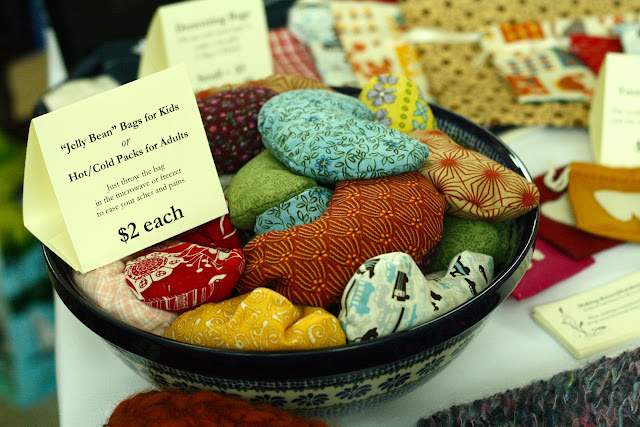 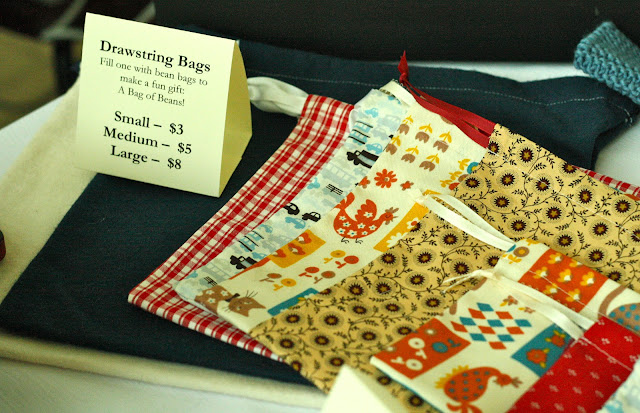 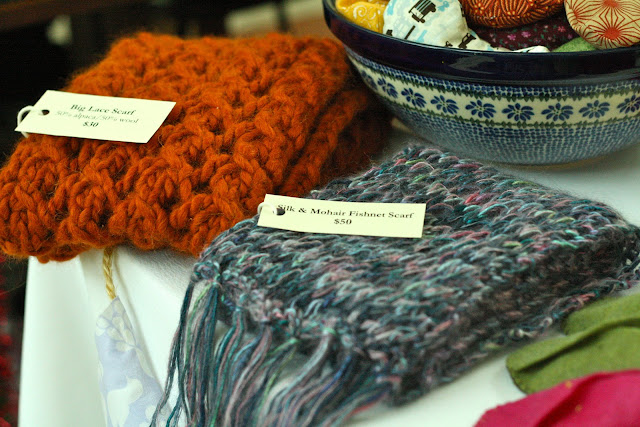 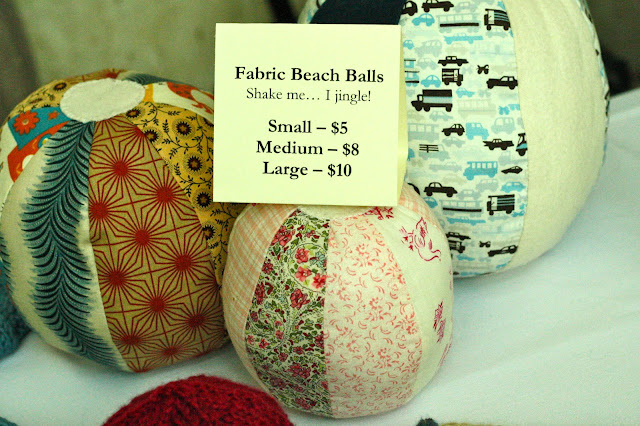 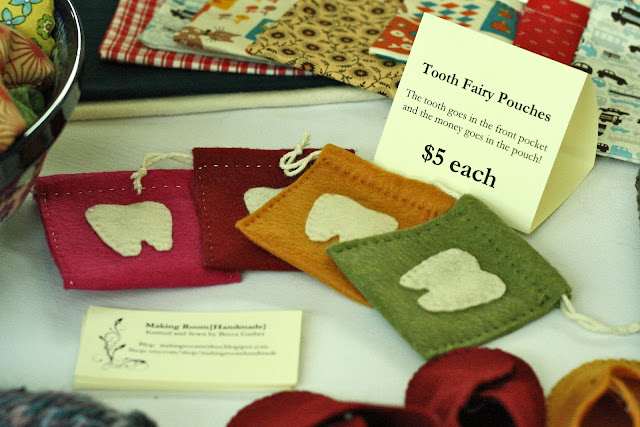 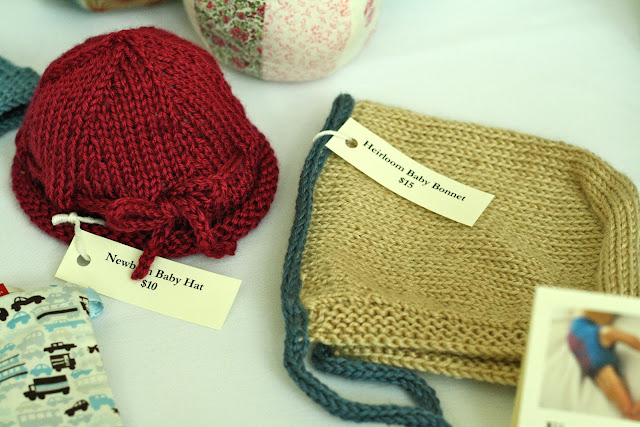 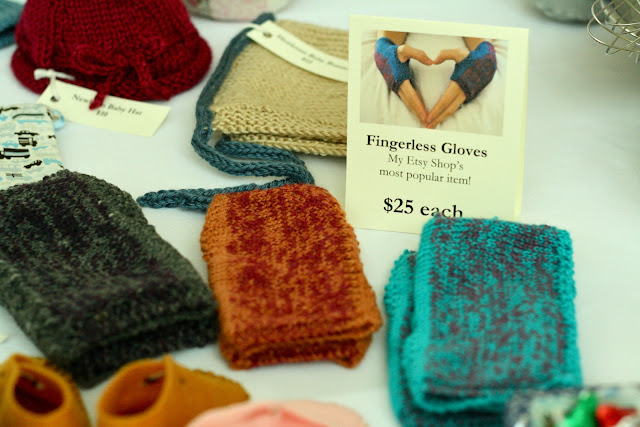 It was fascinating to watch what people gravitated towards and then what they eventually bought.  For instance, everyone loved the felt baby shoes, but I only sold 3 pairs in the end.  Meanwhile I had just 3 pairs of fingerless gloves to display (too many Christmas orders and not enough time to knit more!) but ended up selling 5 pairs total thanks to several custom orders.  Other popular items were the bean bags and tooth fairy pouches, which I had never made or tried to sell before in my Etsy shop and thus were a bit of a gamble.

Looking back now, I’m so glad I decided to sell at the fair and then threw myself into it.  As I said in an email to my family the other day, “Most importantly, I had a blast.  I’ve wanted to sew and knit a lot of things that I made for the fair for awhile but just haven’t motivated myself to do it.  Yet now for the last 3 weeks I’ve been knitting and sewing in every spare moment.  And I loved it.  I got such a kick out of watching simple and beautiful things form quickly in my hands, and it made me so proud to sell those things and receive the affirmation for my [art]work.”  And that’s what really counts!

Later this week I’m going to publish a post with a few things that I learned at the craft fair, such as what supplies you shouldn’t leave at home.  At the very least this will be a resource for me for the next craft fair (because there will be one!), but hopefully it will be a help to my fellow crafters, too!

19 Responses to my first craft fair