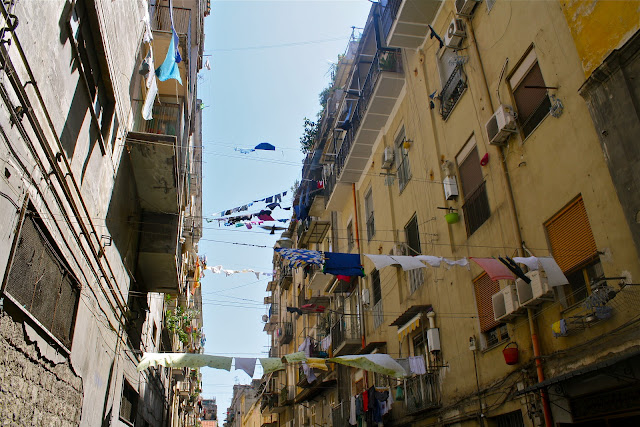 I hardly know where to start with this trip.  It was so last minute and sooo unplanned.  Elliott had work in Naples last week and thought that Jess, Lena, and I could come along.  Of course I said yes… I always say “yes!” to traveling.  We could see Naples and then spend a long weekend on the Amalfi Coast.

However, we got into our car last Tuesday morning with no maps or planned routes (just my iPhone) and the vague idea that we would drive an hour north, take the ferry from the island of Sicily to the mainland, drive approximately 6 hours north to Naples, and hopefully find lodging waiting for us.  We had tried to be a little more organized, but it just didn’t happen.  Two friends were staying with us almost since the moment I got back from the States and there was just no time to plan.

Unbelievably, over the course of the day everything eventually worked out.  The roads were straightforward highways, the ferry was a total breeze, and our baby Lena stayed happy all 8 hours of the trip.  It might have been because her mama sat next to her the entire trip (and pregnancy + back seat = carsickness for me :-/), but I give the credit to God’s grace.

Around 1pm on the road our potential reservation for that night fell through.  We were hoping to stay in a gorgeous apartment in downtown Naples that we found on AirBnB.com, but the owner never responded.  Thankfully, I’d made an additional reservation at the hotel on the U.S. Navy base outside of Naples where Elliott would be working that week.  Although Jess and I would have preferred to be steps from Neapolitan pizzerias and gelato shops, it ended up being our only option, and I’m so glad we had that as a backup.  Elliott walked 5 minutes to and from work that week while Jess, Lena, and I enjoyed the luxuries of base (grocery store, pool, and a place to buy a travel crib because we forgot ours…).

On Thursday morning Jess, Lena, and I packed up early and hit the road for Naples.  We took a short bus ride and a loooong train ride (maybe we should see which city the train is going to next time?) and finally got out in crazy Naples.  We spent the day on our feet in the city and I fell in love.  I must go back… next time hopefully to a studio within steps of a pizzeria! 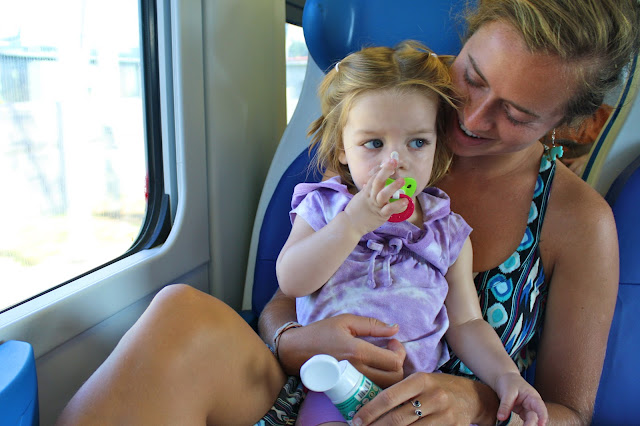 Applying her sunscreen on the train. 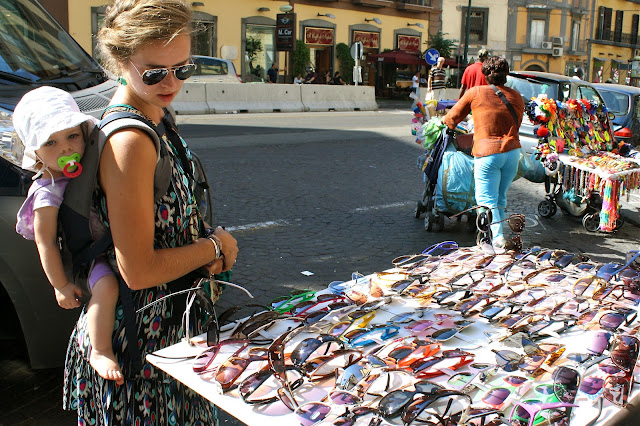 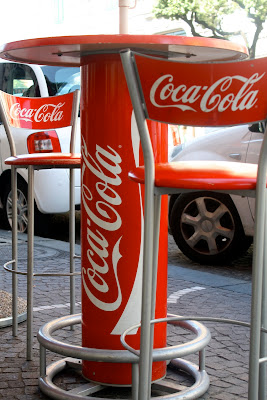 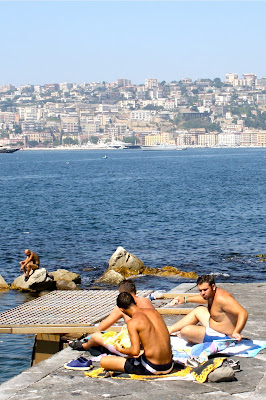 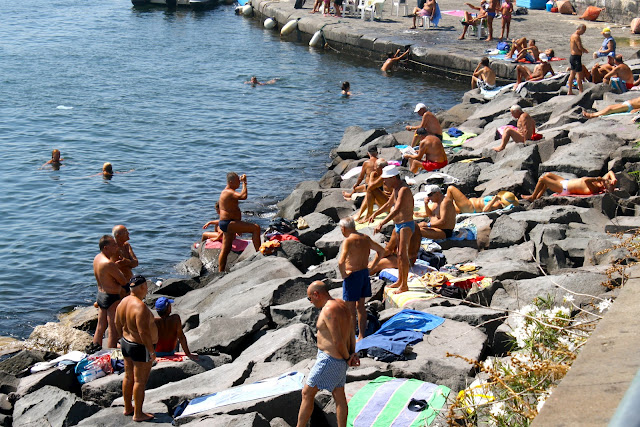 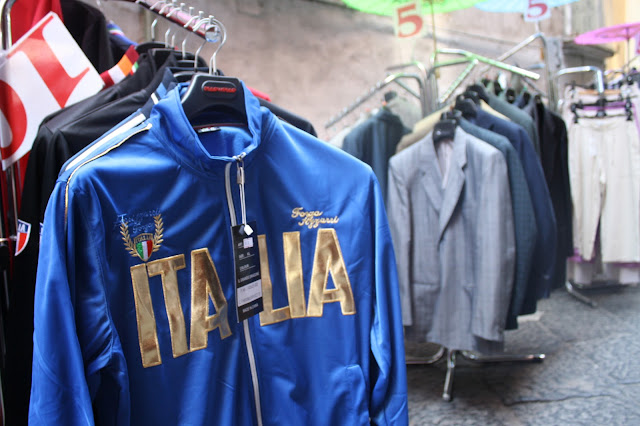 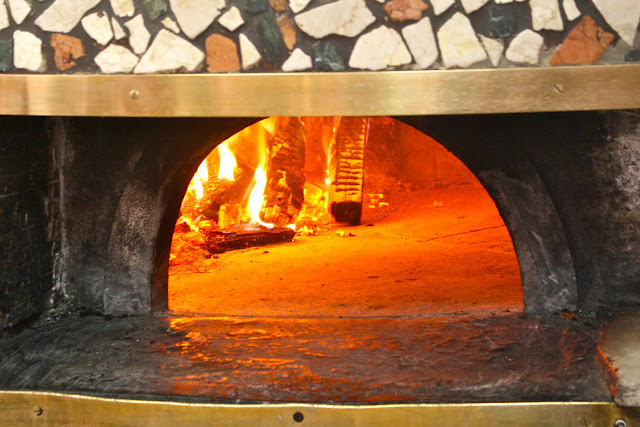 The city of Naples invented pizza and I had been dreaming of pizza in Naples for days now.  On a little side street in the Quartieri Spagnoli (Spanish Quarter) we found a teeny tiny little pizzeria.  For 3 euro each, we got the pizza of our dreams. 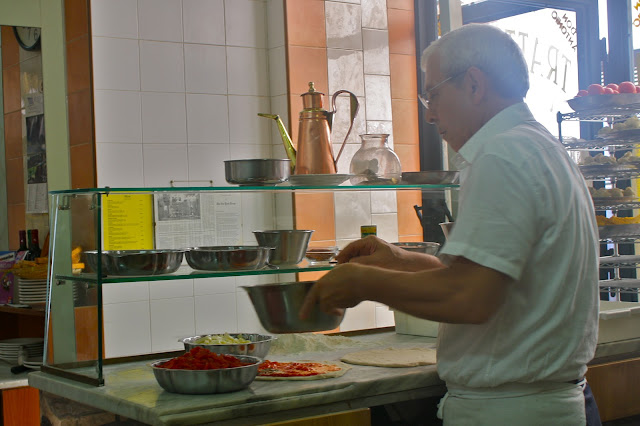 Putting together our pizzas. 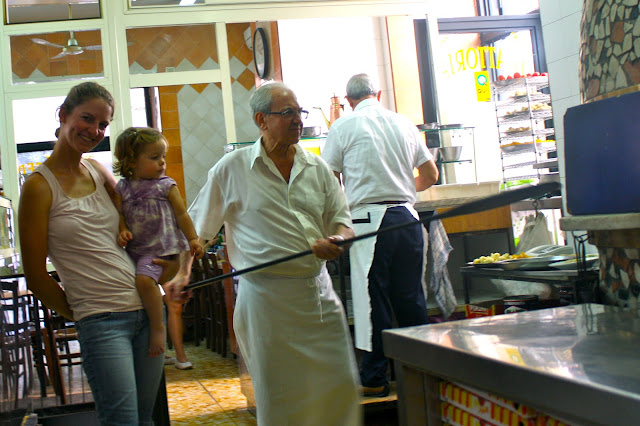 Sliding the pizzas into the wood-burning oven. 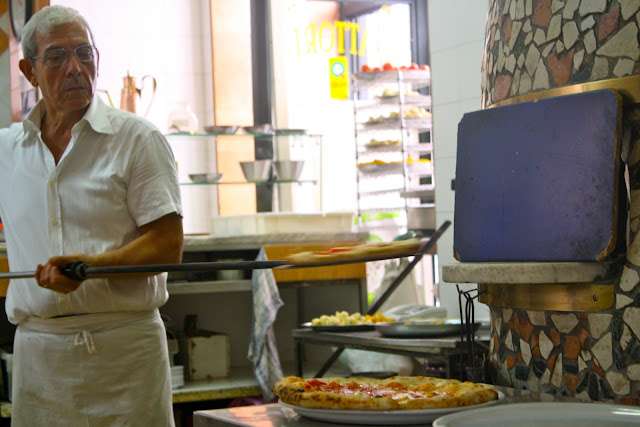 Sliding them onto plates a couple of minutes later. 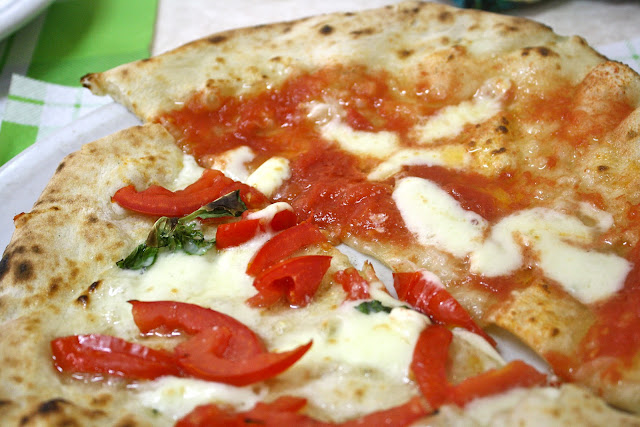 And viola!  The original pizza, one with fresh tomatoes and one with sauce, and both made with buffalo mozzarella cheese, fresh basil, and olive oil.  Truly heavenly. 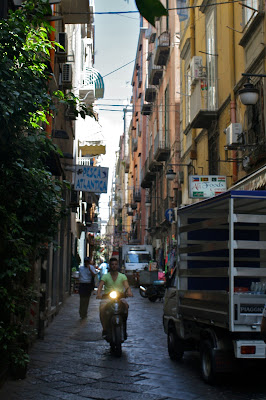 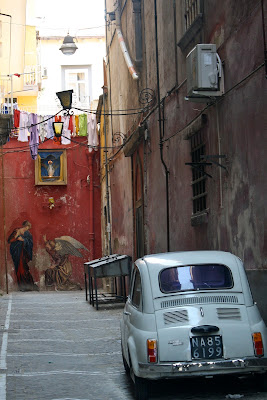 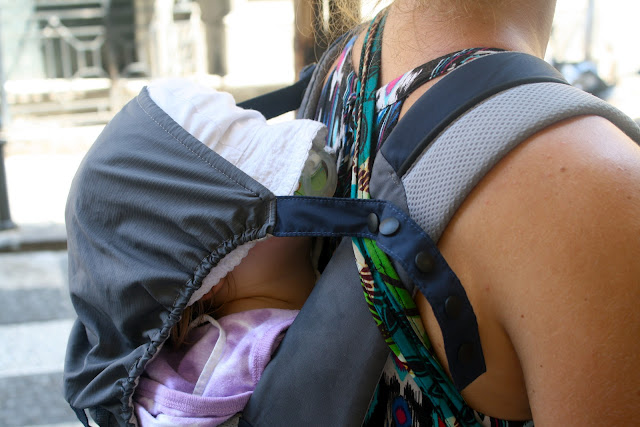 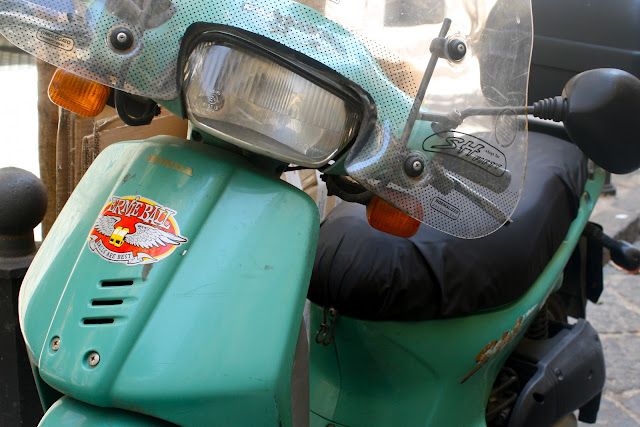 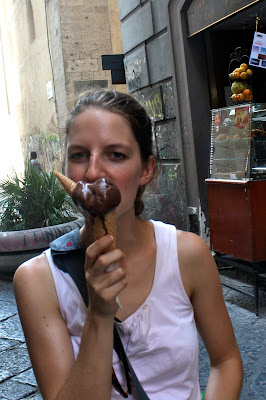 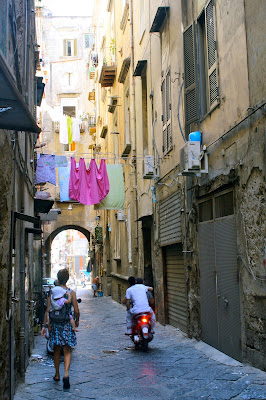 Our gelato melted faster than we could keep up with it!  Mine was dark chocolate with oranges. 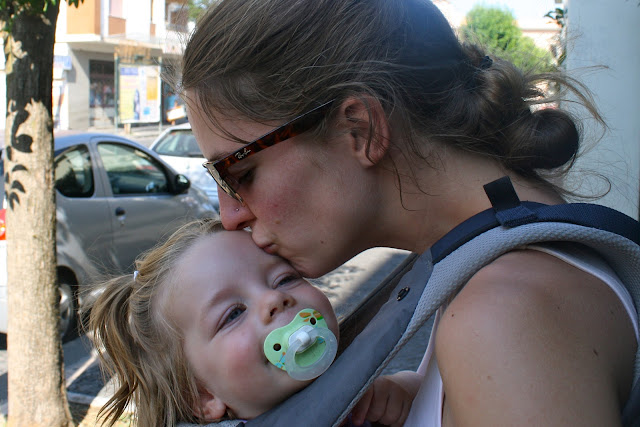