May 25, 2012 at 2:51 pm
Thus far this northern Italian road trip had included many lovely vistas and gorgeous countryside, but Day 4 beat them all.  We started in Verona and drove straight up through northern Italy, a corner of Austria, and into Germany that night.  Along the way we passed through the Dolomite Mountain region of Italy and then entered the Bavarian Alps region of Austria and Germany.  Pretty?  Beautiful?  Breathtaking?  There are not words in the English language.

There is also no way that any camera can capture the magnificence of that region of the world through a car window from a highway.  I tried, wanting to have a piece of that place to savor down the road. 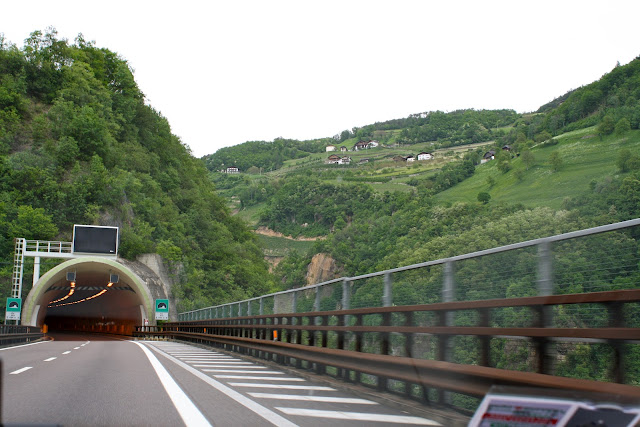 We passed through so many tunnels that day (one of them over 5 miles long!) and sped past hundreds of vineyards.  We also admired unusual sights along the way, like old-school luggage strapped into convertibles and random castles along the roadside. 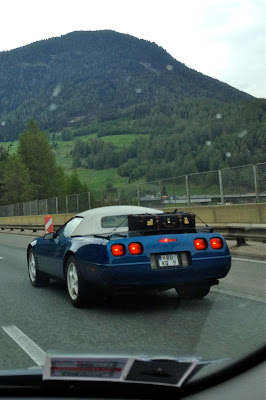 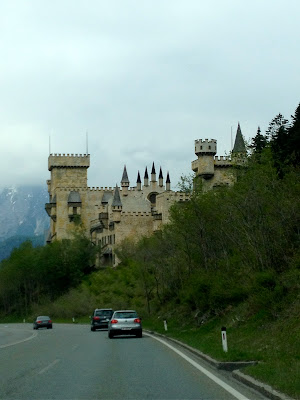 A photo of Innsbruck right after we crossed the border into Austria: 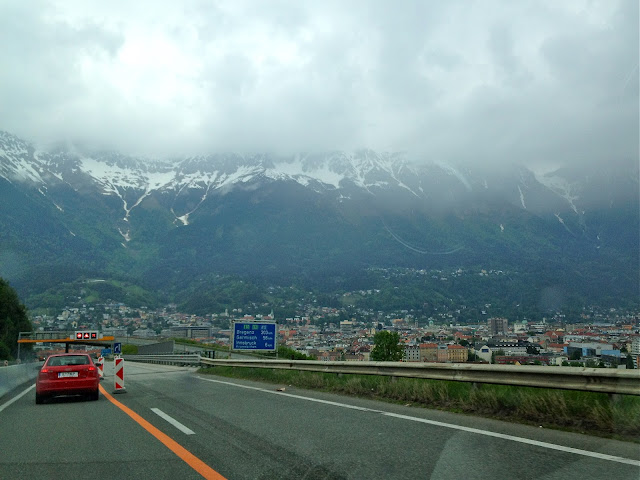 For lunch that day we slipped off the highway and into a region called Appiana sulla Strada del Vino, roughly translated “the Wine Road South of the Alps.”  It was as idyllic as it sounds, with pretty little lakes to hike around and lovely hotels and homes surrounded by lush green vineyards. 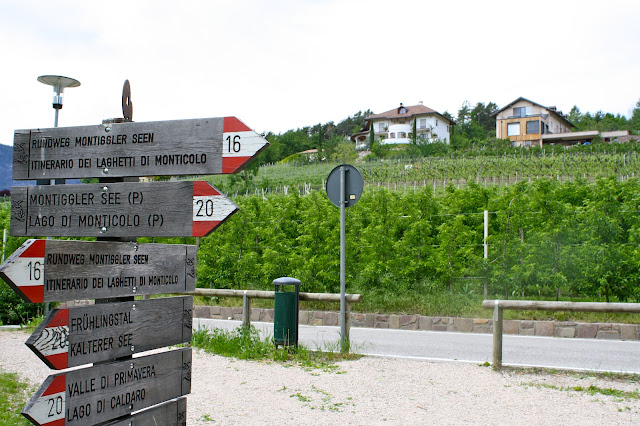 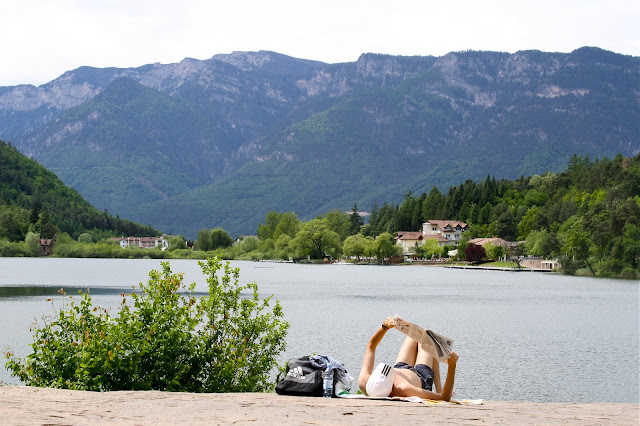 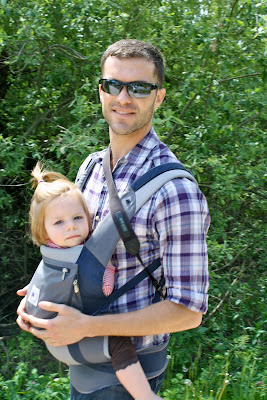 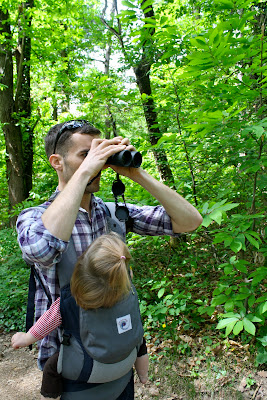 A mama coot and her 5 little babies: 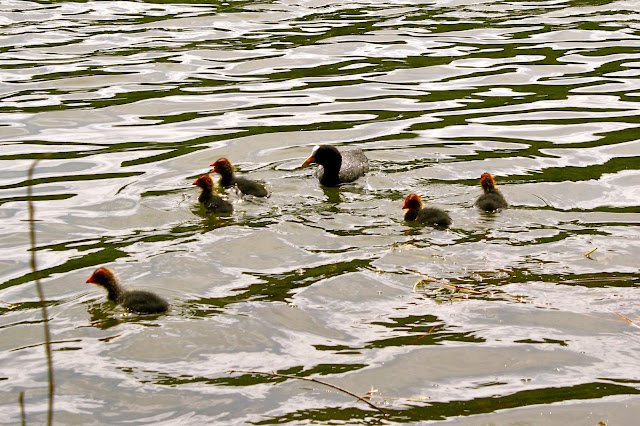 This one is for you, Dad Garber.  We think this is a European columbine. 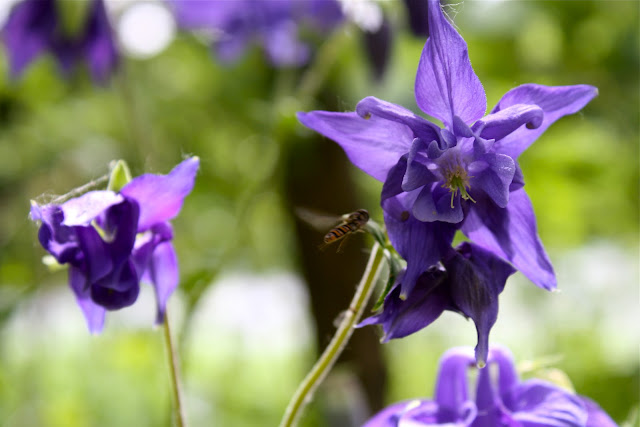 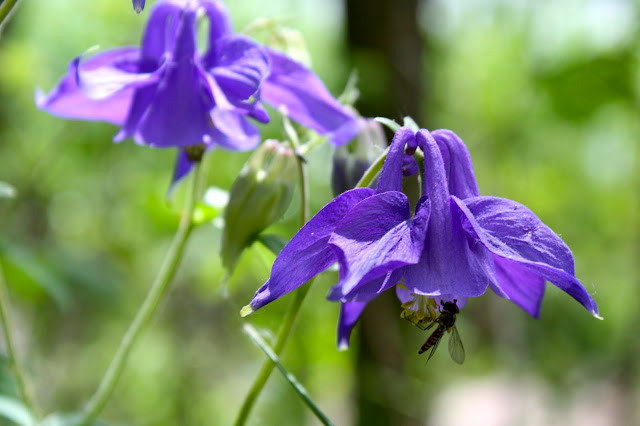 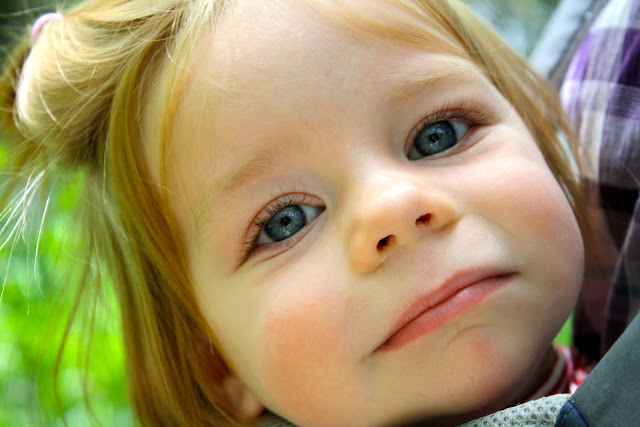 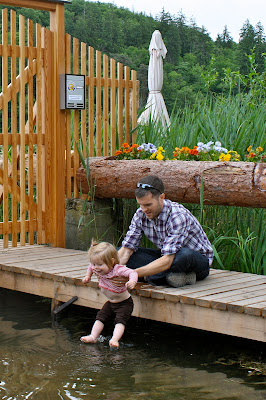 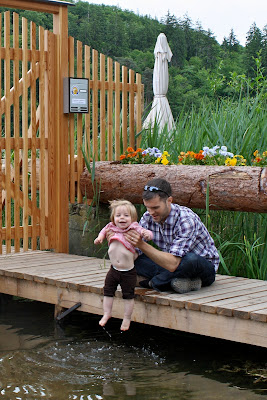 We found a little trattoria nearby for a lunch of bread, cheese, sliced meats, and house wine.  This is where we realized that we were barely in Italy anymore, because the woman serving us lunch spoke about as much Italian as we did.  She was blond-haired and blue-eyed and spoke German, even though we were still 50 miles inside the Italian border!  I’m sorry to say that the meal was also not very Italian, for the bread was old and dry, the meal was served with a pickle, and the wine lacked the robust flavor of house wines that we’re used to.  Maybe we should have order the schnitzel and pretzels instead?  Oh well, at least it looked tasty! 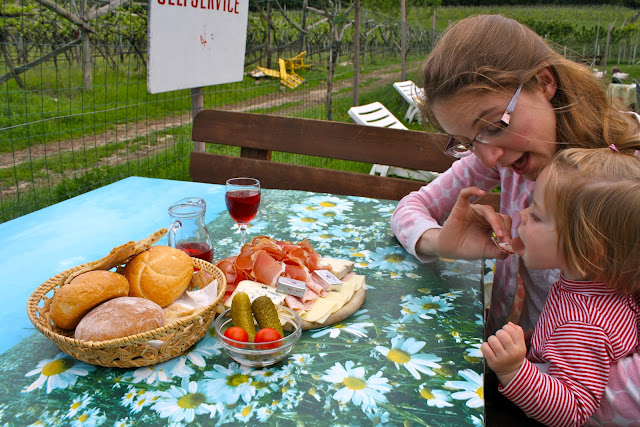 The animals on the trattoria owner’s property were our favorite part of this rest stop.   Lena fed the geese and met her first guinea pigs! 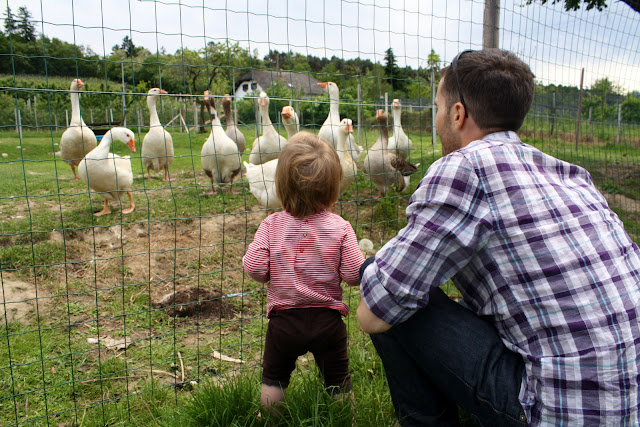 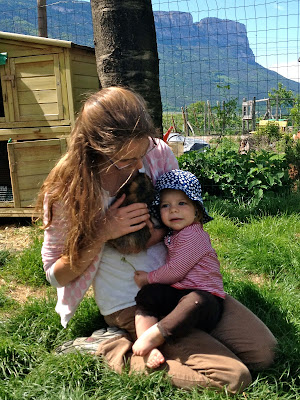 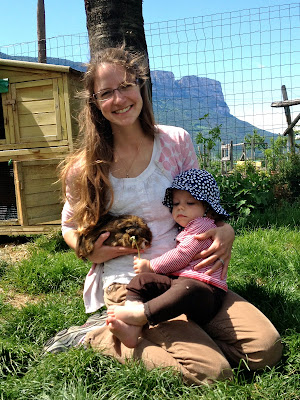 That evening we finally arrived at Edelweiss Lodge and Resort, the hotel in Garmisch, Germany, where Elliott’s veterinary conference would take place all of next week.  But more about that after the weekend.  Elliott’s home for a four-day weekend and we’re excited about a trip to the beach with friends as well as a lot of downtime as a family.  Wherever you are, go soak up the sun, enjoy a good book, and I’ll see you here next week!

Leave a Reply to Anonymous Click here to cancel reply.