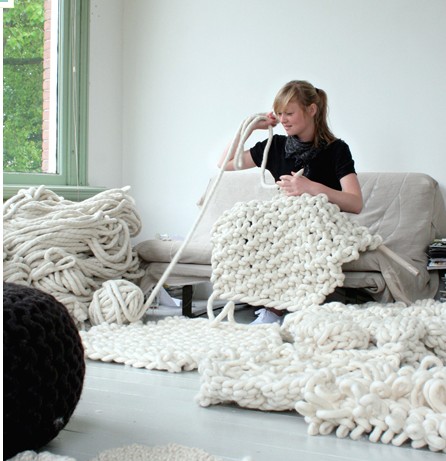 Elliott saw this photo in KLM’s inflight magazine and brought it home for me.  He knows me well.  I’m completely smitten with Christien Meindertsma‘s oversized knitting projects, especially her “urchin poufs.”

What do you think?  Wow or whoa? 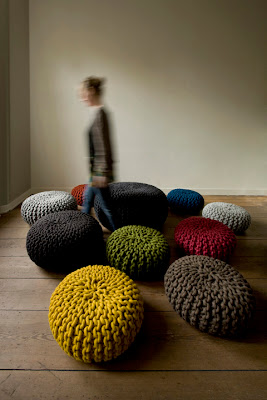 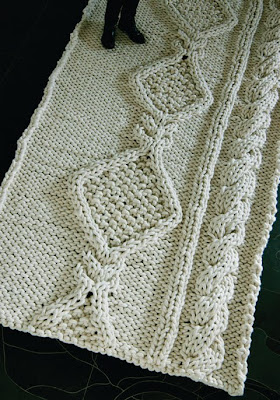 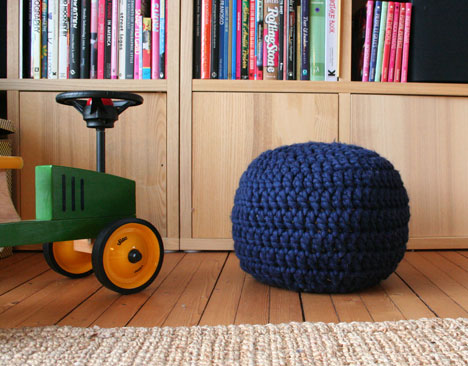 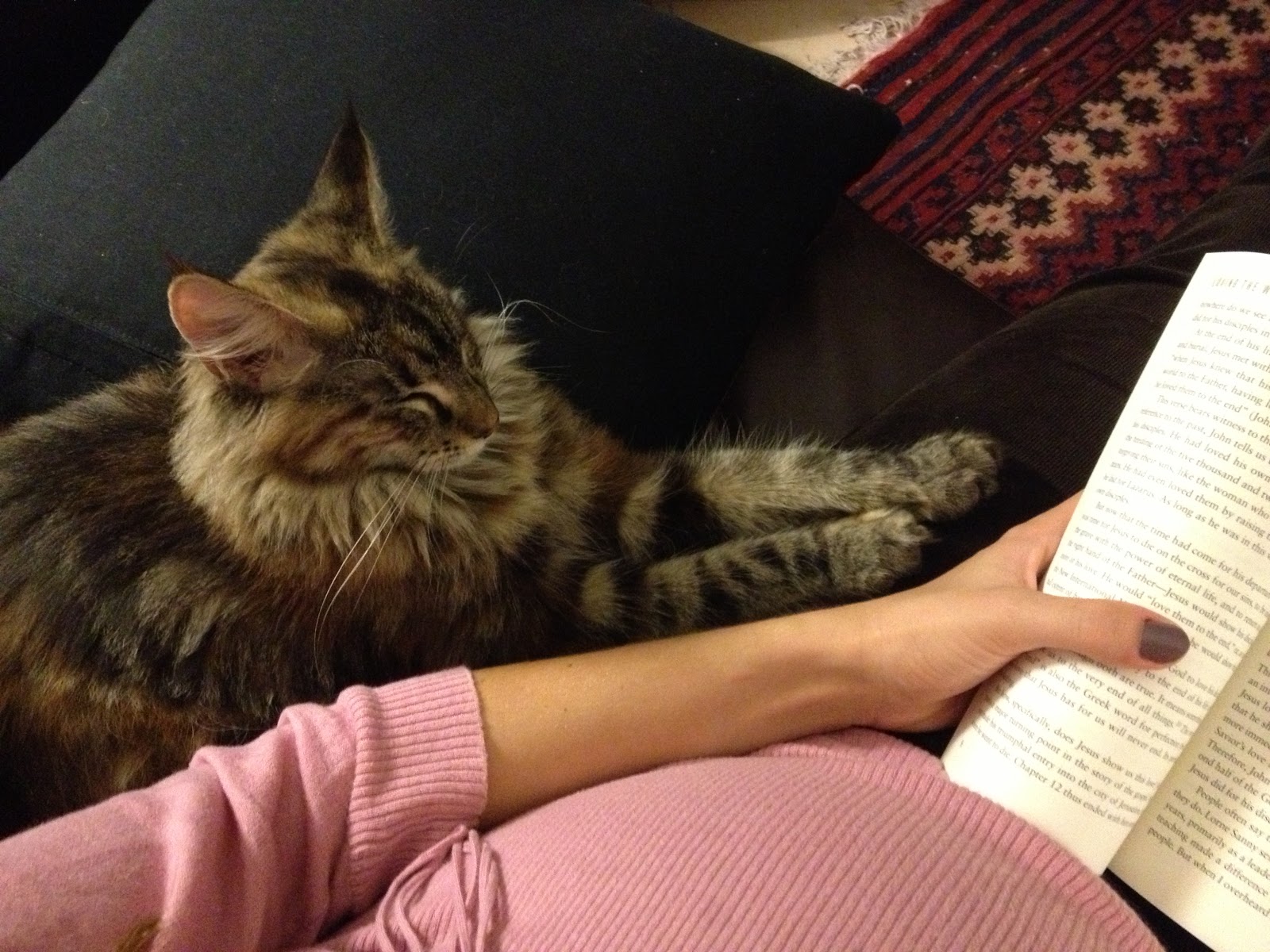 I wish I had captured today on film, but the photo above is the first photo I took all day.  After a weekend where my camera barely left my hands, I was DSLR’d out.  So the camera never took a picture, and even my phone mostly sat by itself.

That’s fine.  It’s just that today was so peaceful and homey and full of love.  I wish I had a few more photos capturing the little moments.

Lena slept so much today.  Two 2.5-hour naps… what?!  My poor darlin’.  I guess she’s still recovering from jet lag and travel exhaustion and she also had a super busy weekend with friends and festivals and hikes and late bedtimes.  She was a happy camper today, though, with a sweet attitude that just made me so glad to be at home with her, savoring every day of her being 18 months old.  I watched her as she busied herself with her toys.  She is very into stacking and sorting things.  Later I found all her wooden puzzle pieces in two neat little stacks, one for each puzzle.

(I wonder if I will have another daughter?  I have been sorting and storing all her outgrown clothes from this summer.  Will another girl of mine ever wear them?  Or is she my only one?)

Lena can’t really say “cat” yet (“ca… ca?”  or “dee-tee” for kitty) but she can say “meow,” and so that is Siena’s name in Lena’s mind right now.  Watching her squat down beside Siena and gently rub a hand in her fur, then stand up and look at me and giggle gleefully… oh, my heart just melted into a big puddle of love juice.

As for Siena and me, well… I’m smitten.  OK, I wasn’t so smitten when I saw her on my kitchen counter licking butter out of my butter dish, but she is just five months old and part of me thinks of her as a toddler in need of guidance.

The other part of me looks at her as this beautiful, foreign thing–a cat!  in my house!  my cat!–and marvels at her, the mystery of her, the delicacy of her grooming, the lightness of her leap, the austerity of her gaze.

But I think she loves me.  She followed me all over the house today.  She really is like a dog, just like they say Maine Coons are.  At one point she lost me–I had gone into the laundry room and partly closed the door–and I heard her yowling at the top of the stairs.  I stuck my head out and called, “Here I am, Siena!” and she took one look at me and came bounding across the room to join me.

In other news, this is how we blog now, apparently. 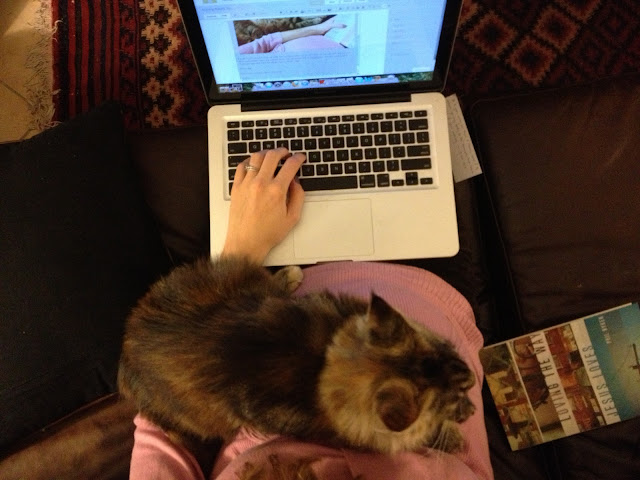 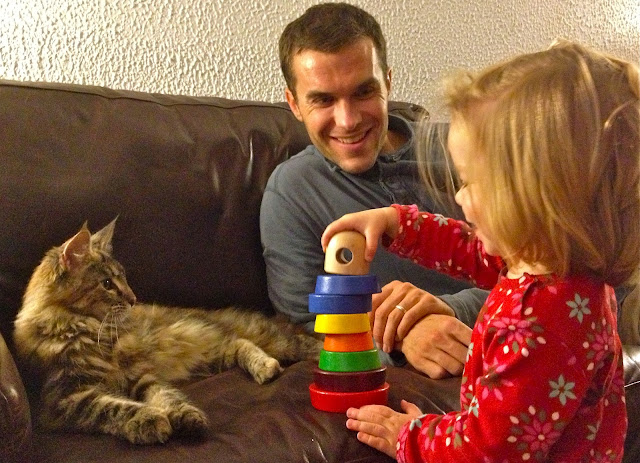 Well, we did it.  We adopted a cat!  We’re probably the only veterinarian’s family who hasn’t had a whole passel of dogs, cats, and other animals since vet school.

I guess the idea of adopting a cat started this spring.  I mentioned it could be fun to get a cat, and Elliott immediately began looking for Sicilian Maine Coons.  We both already loved these cats after Elliott cared for a rescued Maine Coon in vet school.  They are known for their beautiful long-haired coats, talkative and almost dog-like personality, gentle and friendly attitude towards children, playful and personable natures, and their unique looks.

By “unique looks” I mean that they look a bit wild, perhaps because of the manes around their necks (especially pronounced on males) and tufts of fur at the tips of their ears.  See what I mean in this photo? 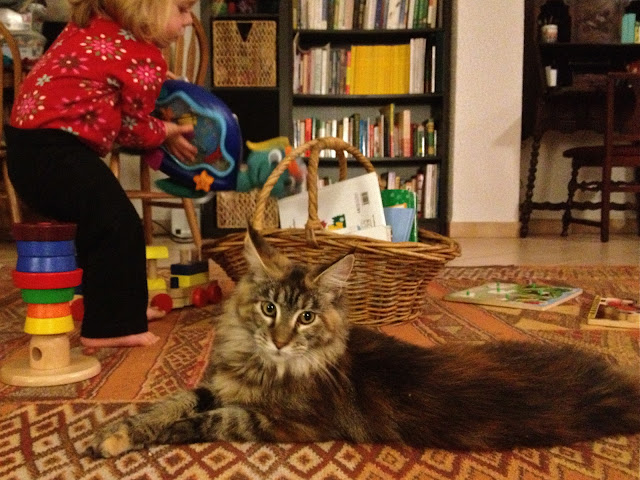 So far we’re thrilled with her personality.  She spent the first five months of her life with the family that owns her parents, and this family also has multiple children as well as two huge mastiffs.  So she’s not only used to people… she loves them!  We had a houseful of adults and kids over last night and she was happy to interact with everyone, wandering around between little legs and curiously watching the children’s games.

She’s sitting behind my head on the couch as I write this, watching me type and purring up a storm.  Already this cold winter will be warmer with her next to me as I write blog posts or knit or read.

Oh… and her name.  We finally picked a name last night.  It is Siena.  She’s named after the beautiful Italian city of Siena and also for the burnt orange color (ie. sienna) mixed into her beautiful coat. 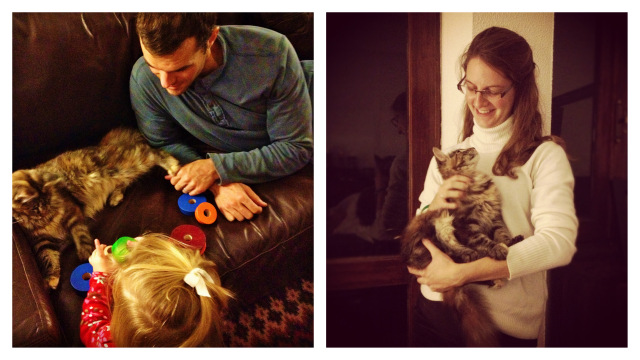 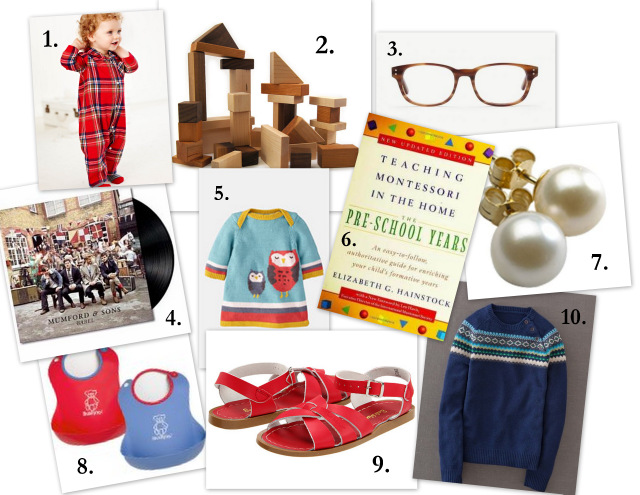 Here are a few goodies I’ve come across in my searching, and some of them just might end up on The List: 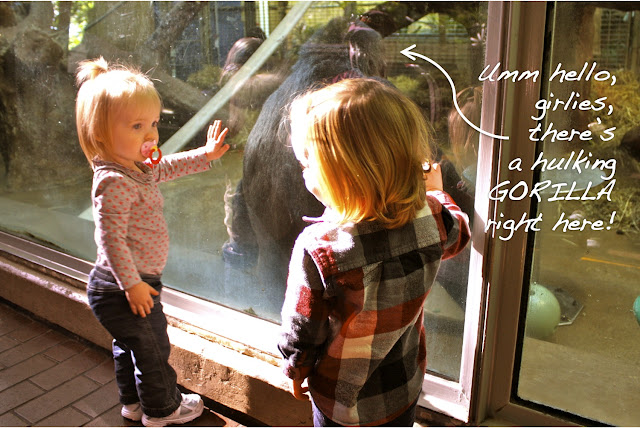 Last week Elliott’s dad, Elliott, Lena, and I took a trip to the National Zoo in D.C.  Elliott has been visiting at least annually since he was 10 years old and he even did an internship at the zoo while he was in veterinary school.  We toy with the idea of Elliott taking a zoo animal residency at the National Zoo, but… well… maybe some things are better left to enjoy while visiting grandparents instead of every day and night and most weekends for three years as a resident.  You know?
Also, can I just say that I love going to the zoo?!  Multiple times I would forget about showing Lena the animals and just stare in awe through the glass at the fantastic reptiles and crazy gorillas.  I would love to live in D.C. and be within driving/walking distance of this fabulous zoo again.  If we move back to Capitol Hill, Elliott and I could return to our newlywed days of biking to the zoo on our way to church… but this time we’d have kiddos riding on our bikes with us! 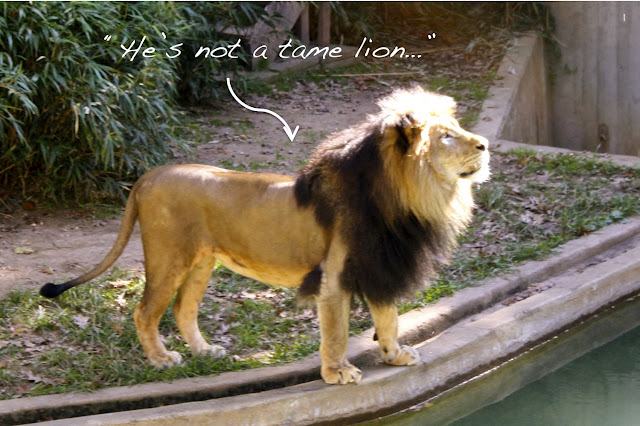 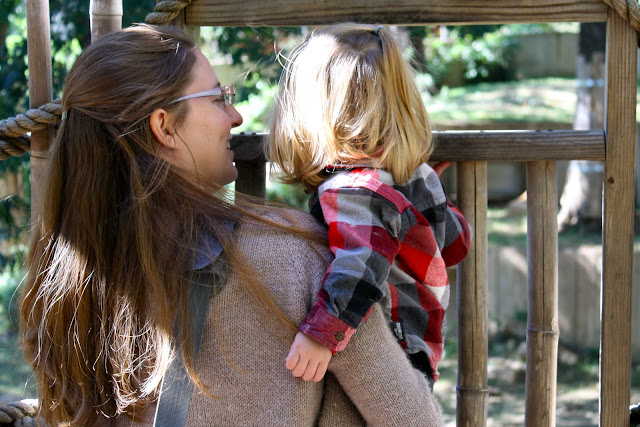 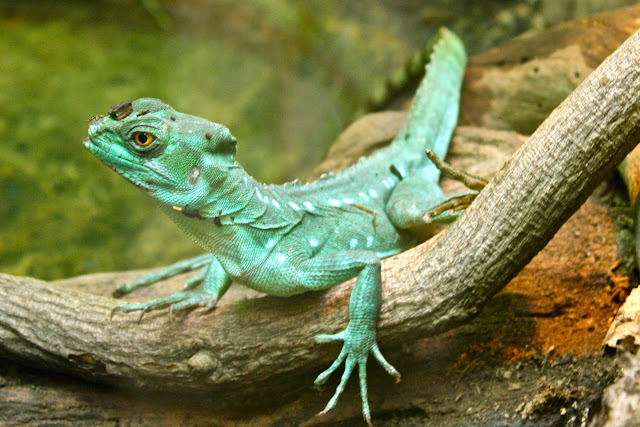 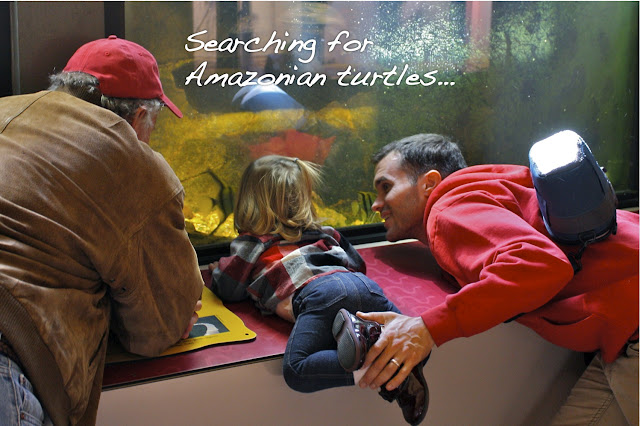 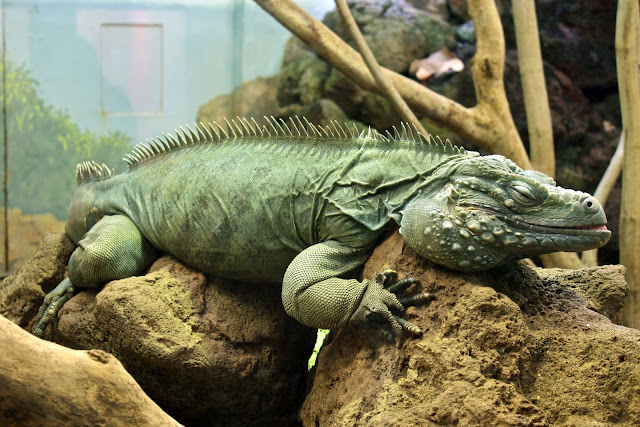 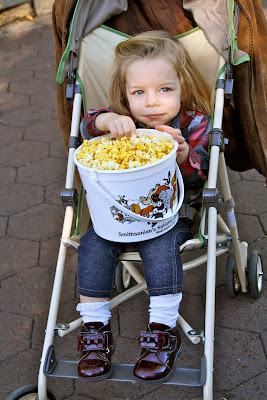 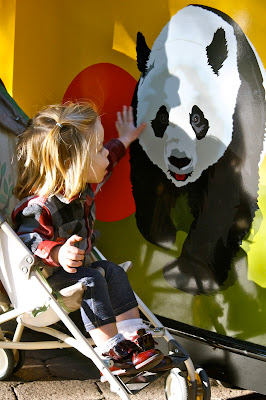 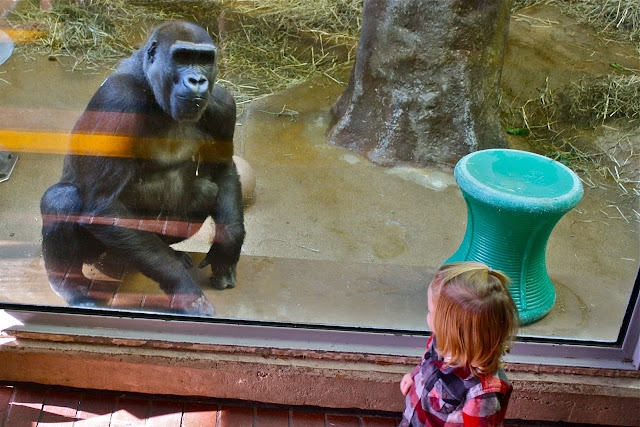 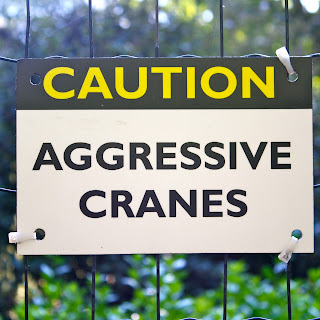 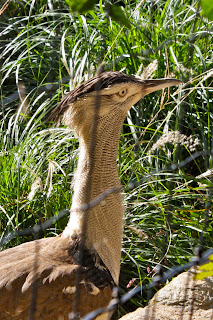 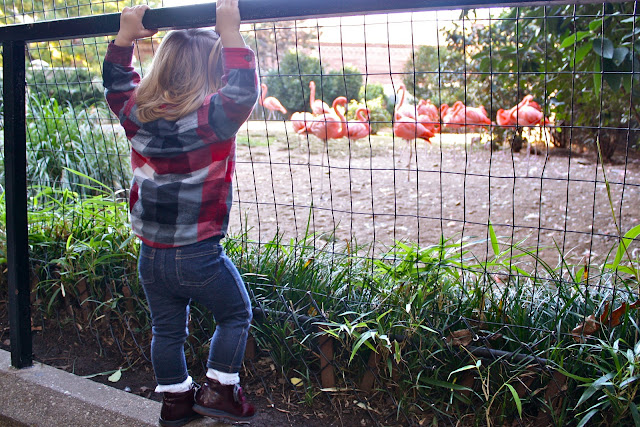 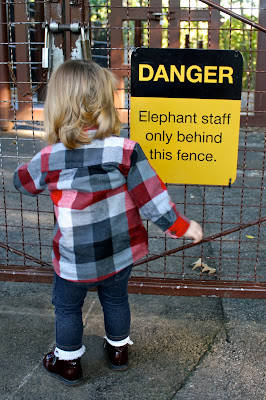 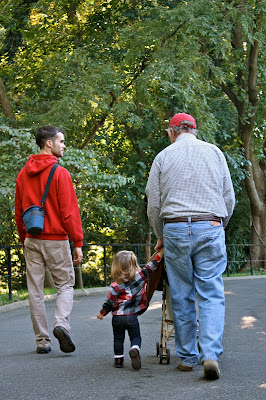 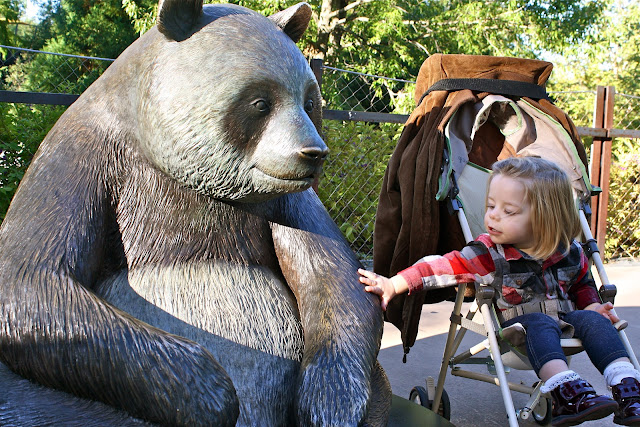 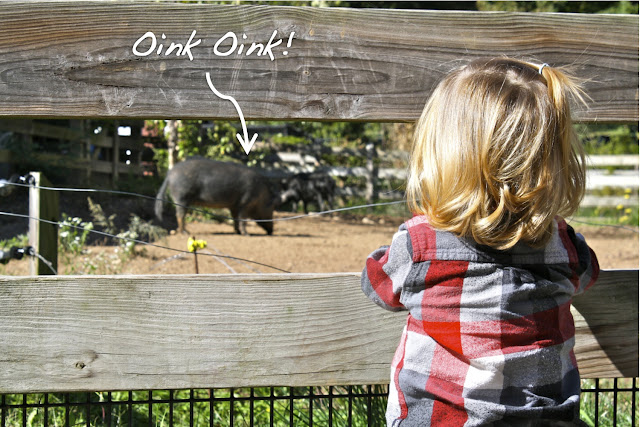