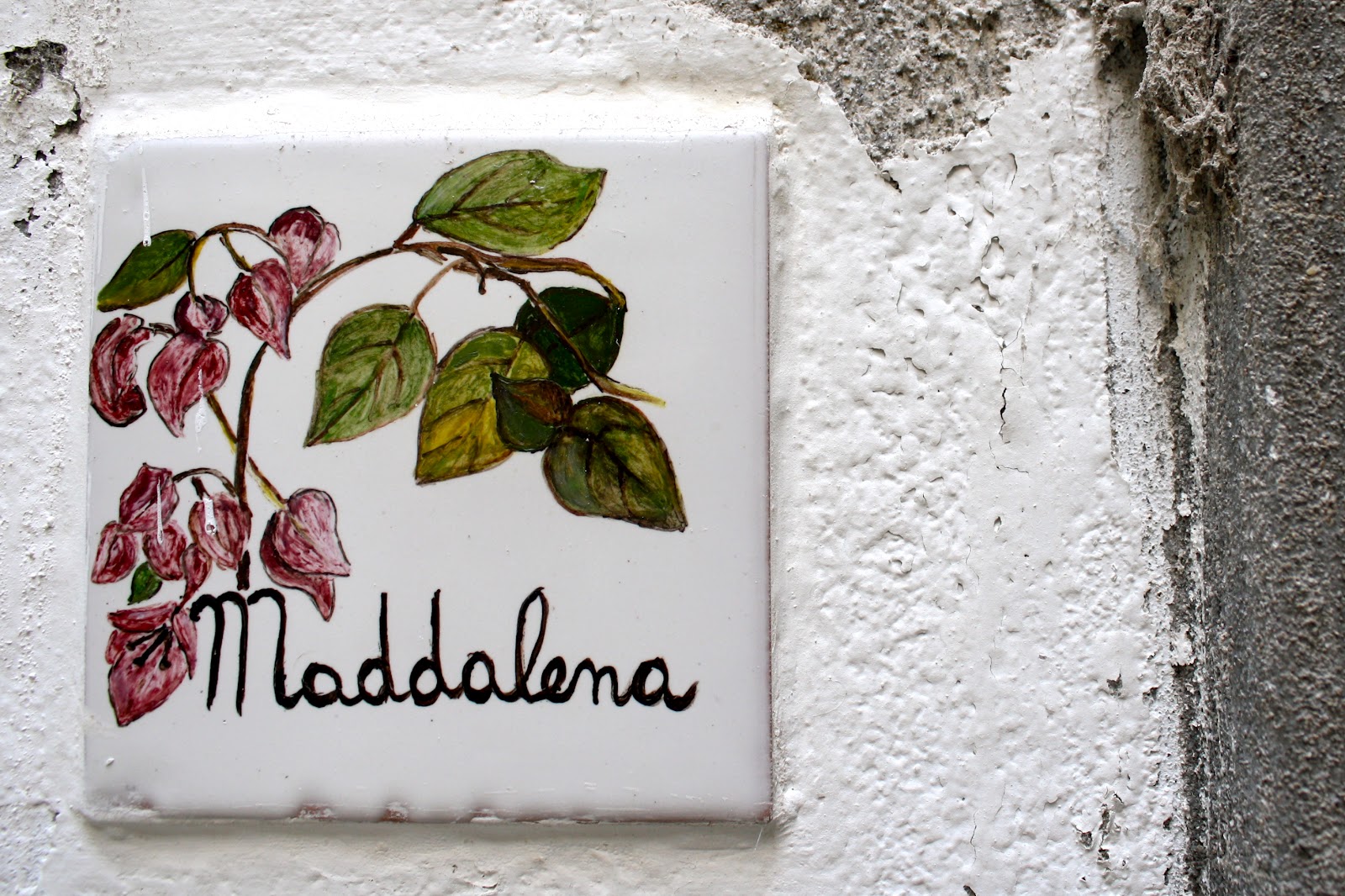 the Italian form of “Magdalena”

We had run out of cereal and milk, so for our last morning in Amalfi we decided to have an Italian breakfast.  This might have also been because I had been craving a cappuccino all week.  You just can’t walk by all these darling cafes and not want to sit down for awhile!  And a Nutella-filled croissant doesn’t hurt either… 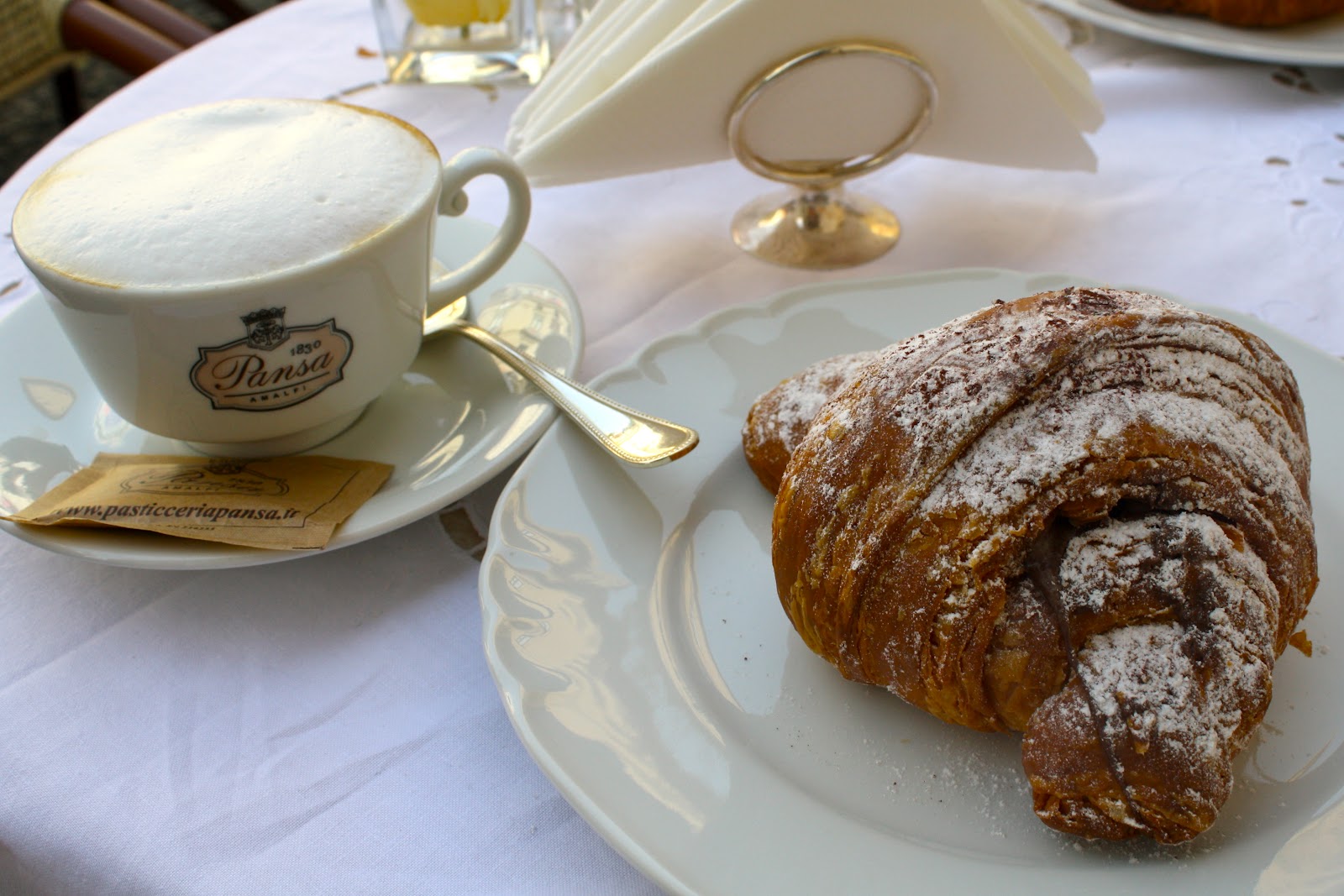 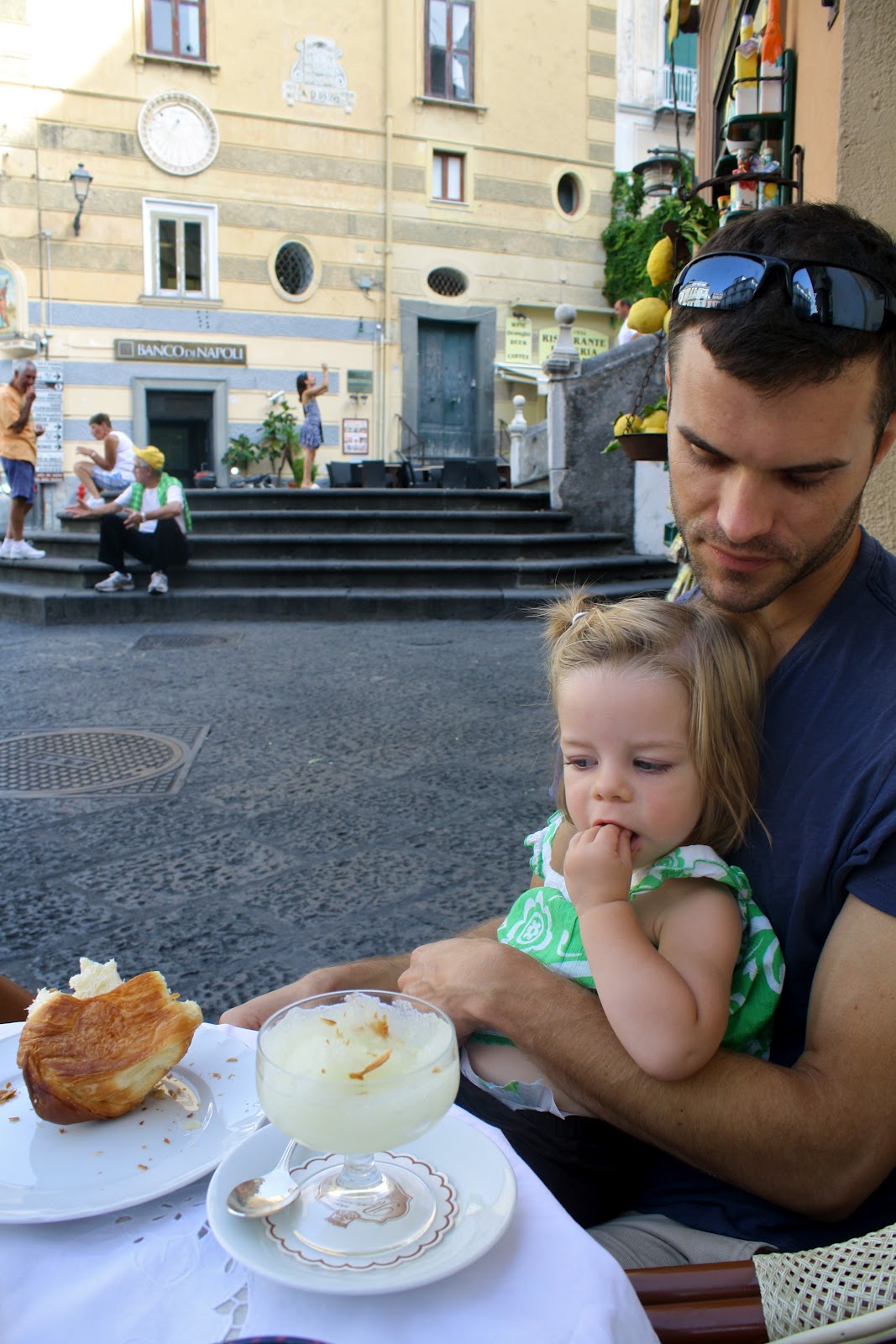 As I mentioned before, the town of Amalfi is known for its old paper mills, and many local artisans still make beautiful paper by hand.  We visited several of these shops, and at one of them I purchased some thick, creamy paper with the letter “B” embossed in the top corner.  I’ll need an especially good pen for that paper. 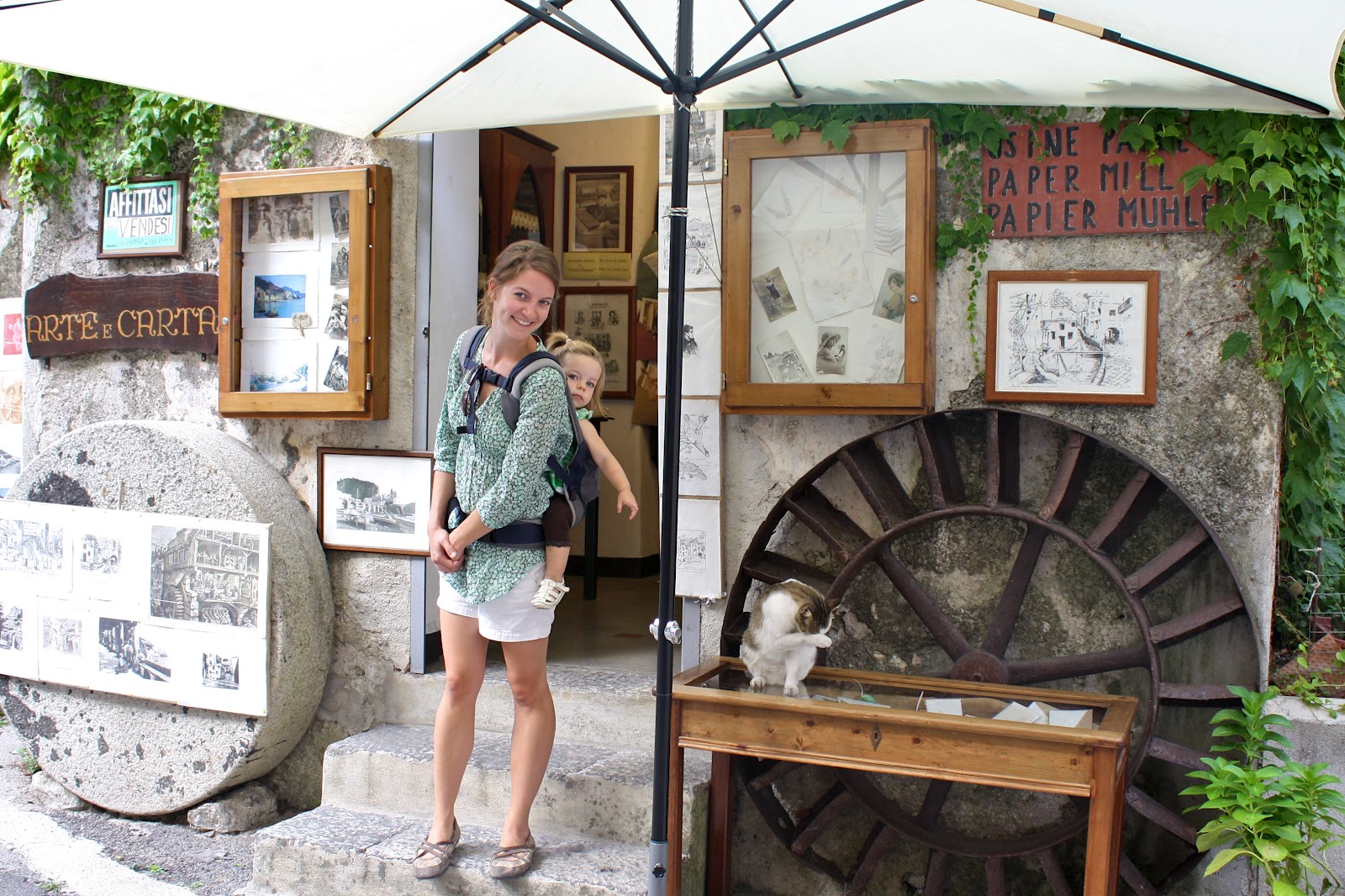 Later we hiked above the town into the hills to see some of the old paper mills.  If we did see them, they were really old.  Like… just a few stone walls in the valley.  But the hike itself was totally worth it, particularly because it passed through so many magnificent lemon groves. 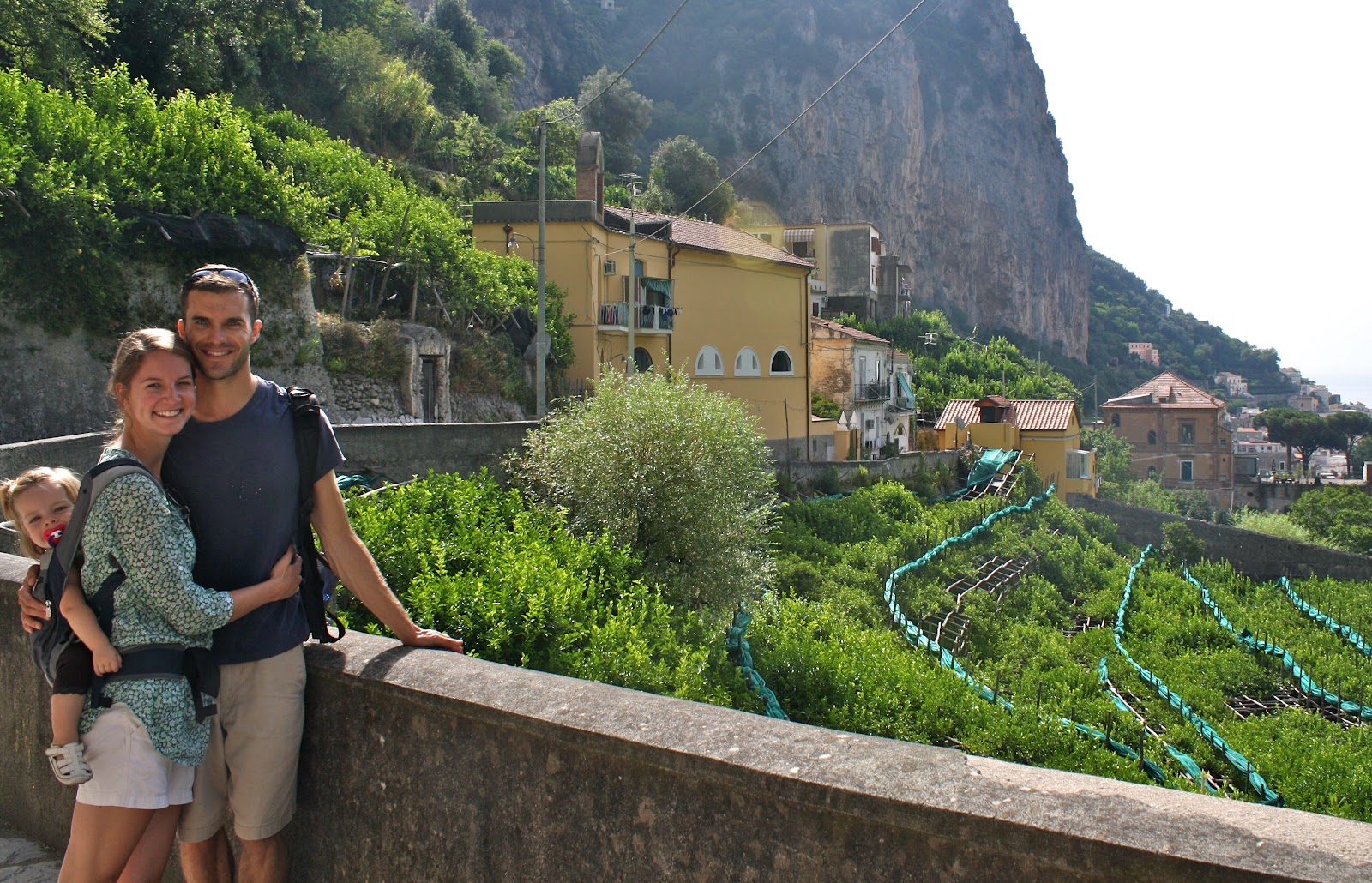 Finally it was time to move on and leave the Amalfi Coast behind.  We drove down the winding highway along the coastline, soaking up last glimpses and final memories.  After several hours on the highway (including, of course, a stop along the way at another beach) we reached Agriturismo San Fantino, a rustic Italian villa with an attached ranch.  Since the 1980s, a huge tourism movement in Italy has been to convert old farms into hotels where families can come stay, meet the animals, and then enjoy a [usually organic] meal made almost entirely from food grown or raised on the property.  I’ve mentioned visiting another agriturismo here, and we have also visited a couple more in Sicily that I haven’t photographed for this the blog.  Visiting an agriturismo is definitely one of our favorite ways to enjoy the Italian countryside: good food and farm animals all in one place.

Before dinner, we explored the ranch, ate wild blackberries, and showed Lena animals in real life (instead of in The Big Red Barn). 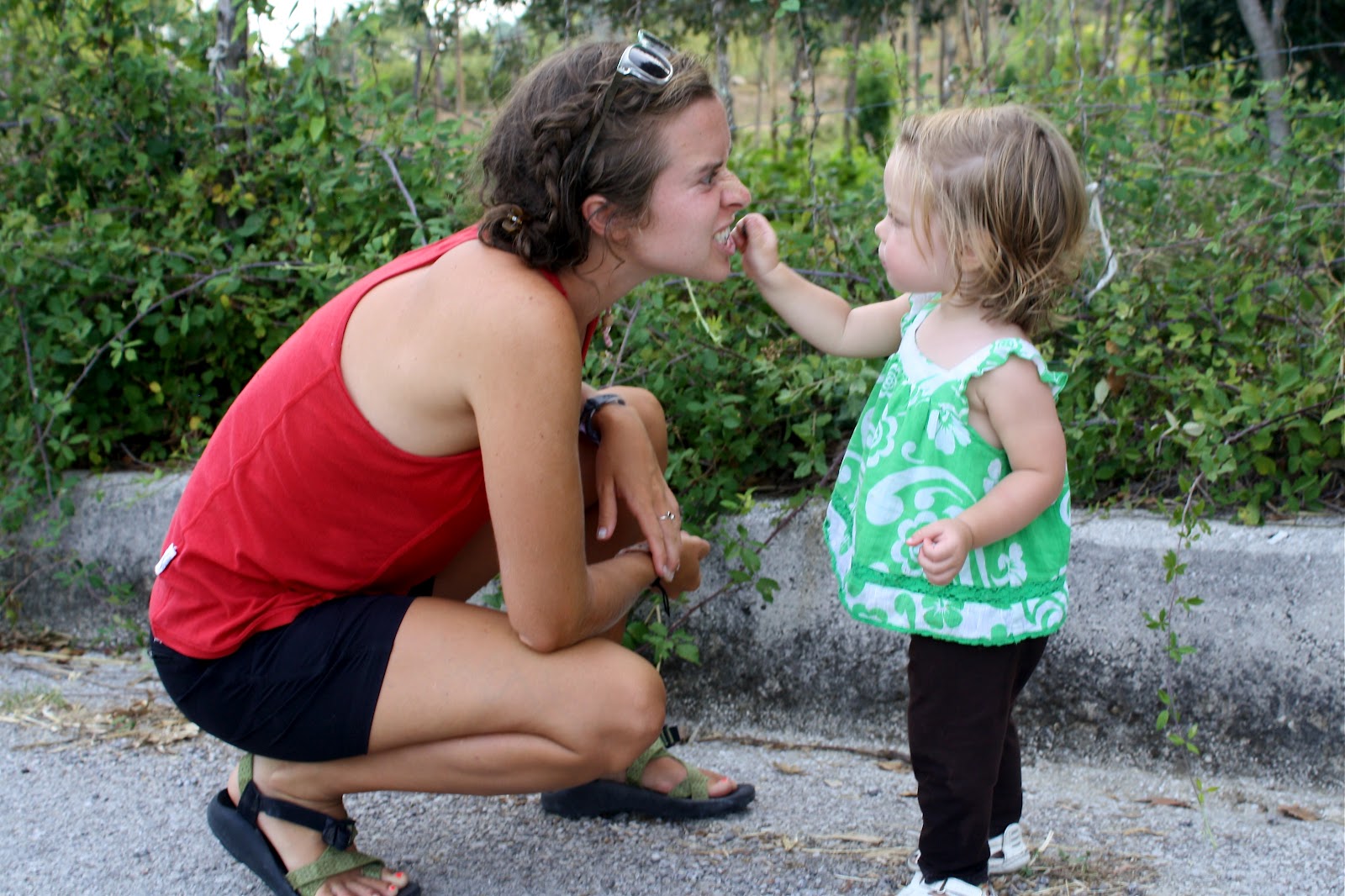 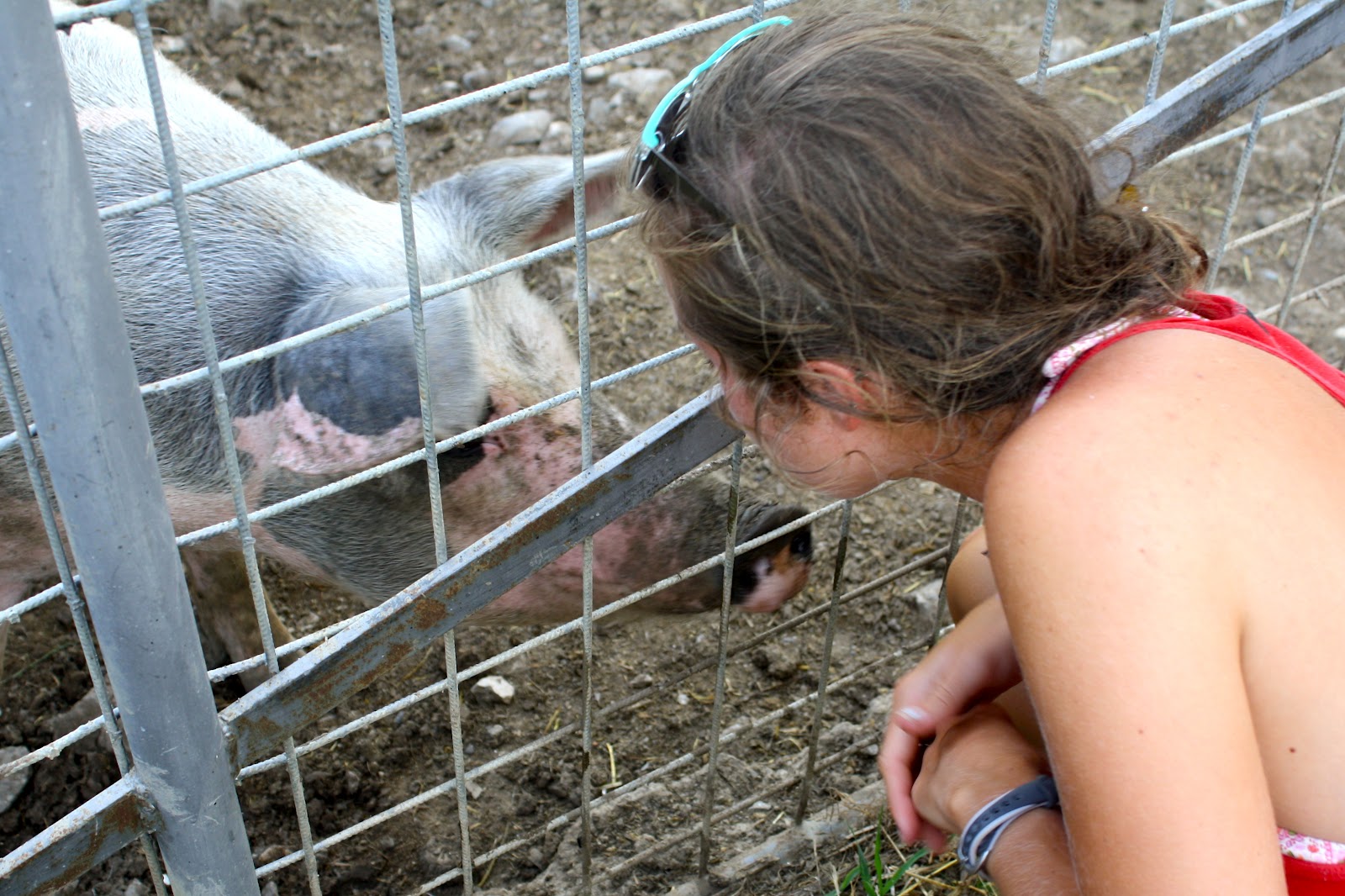 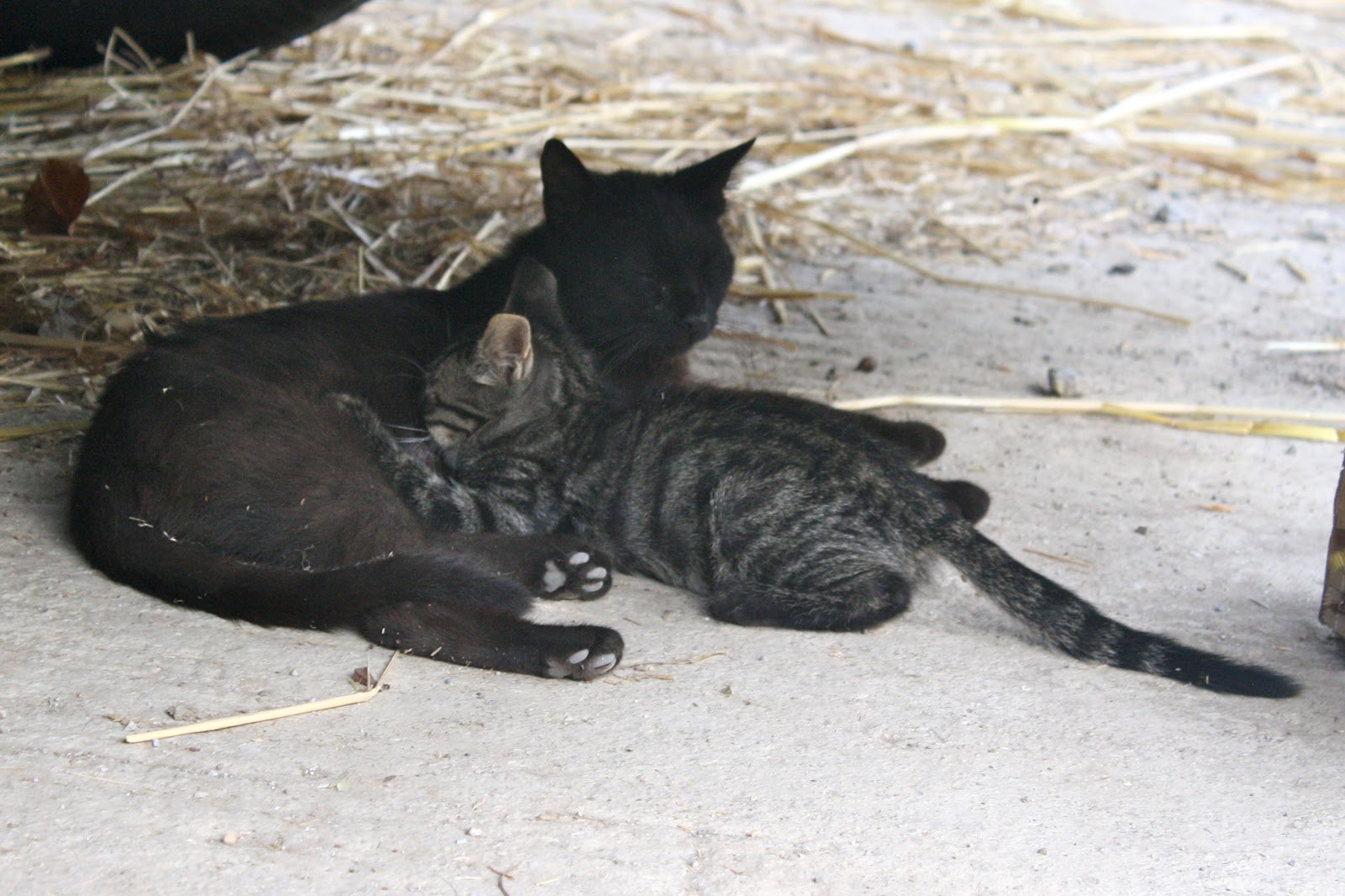 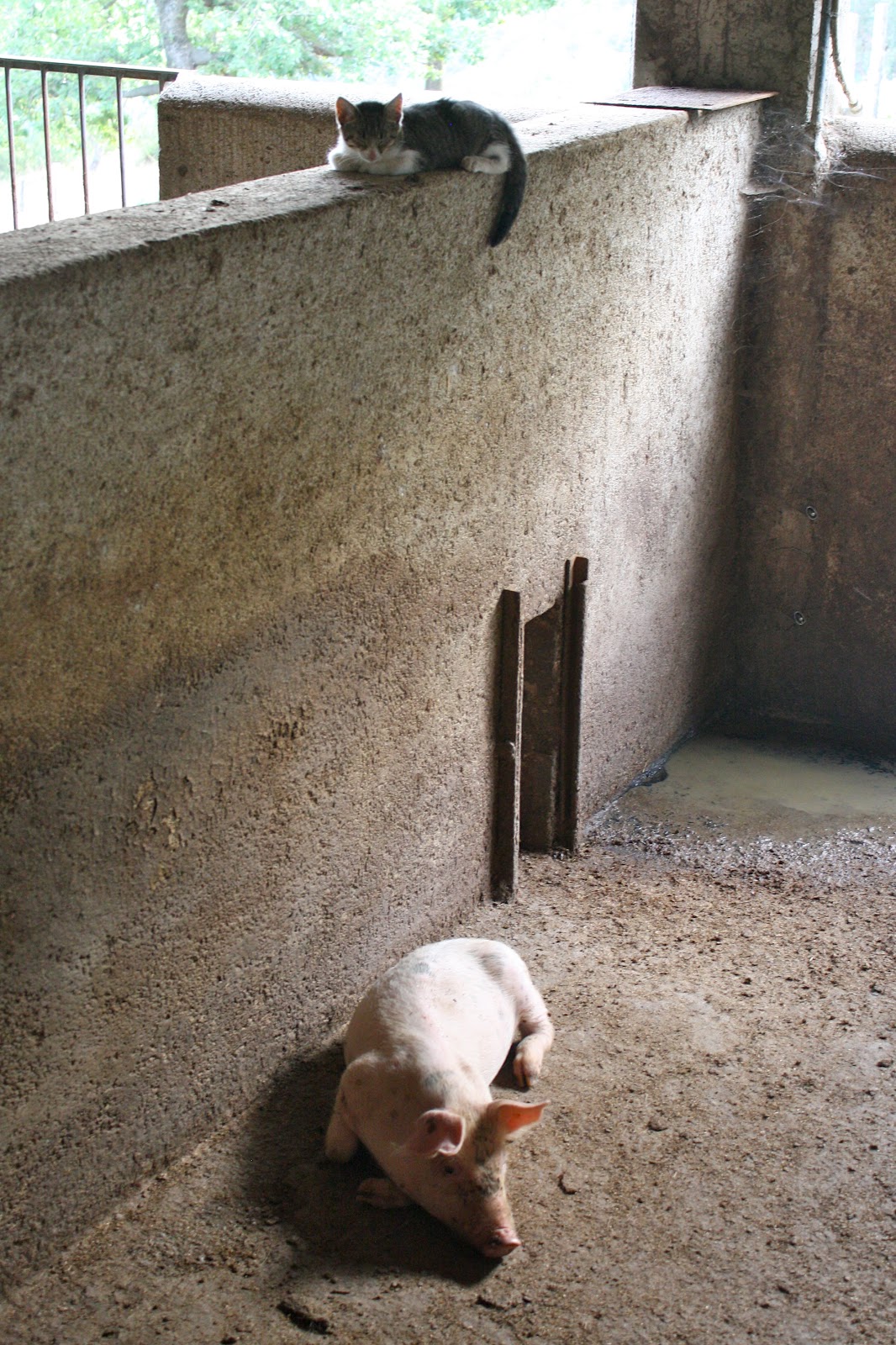 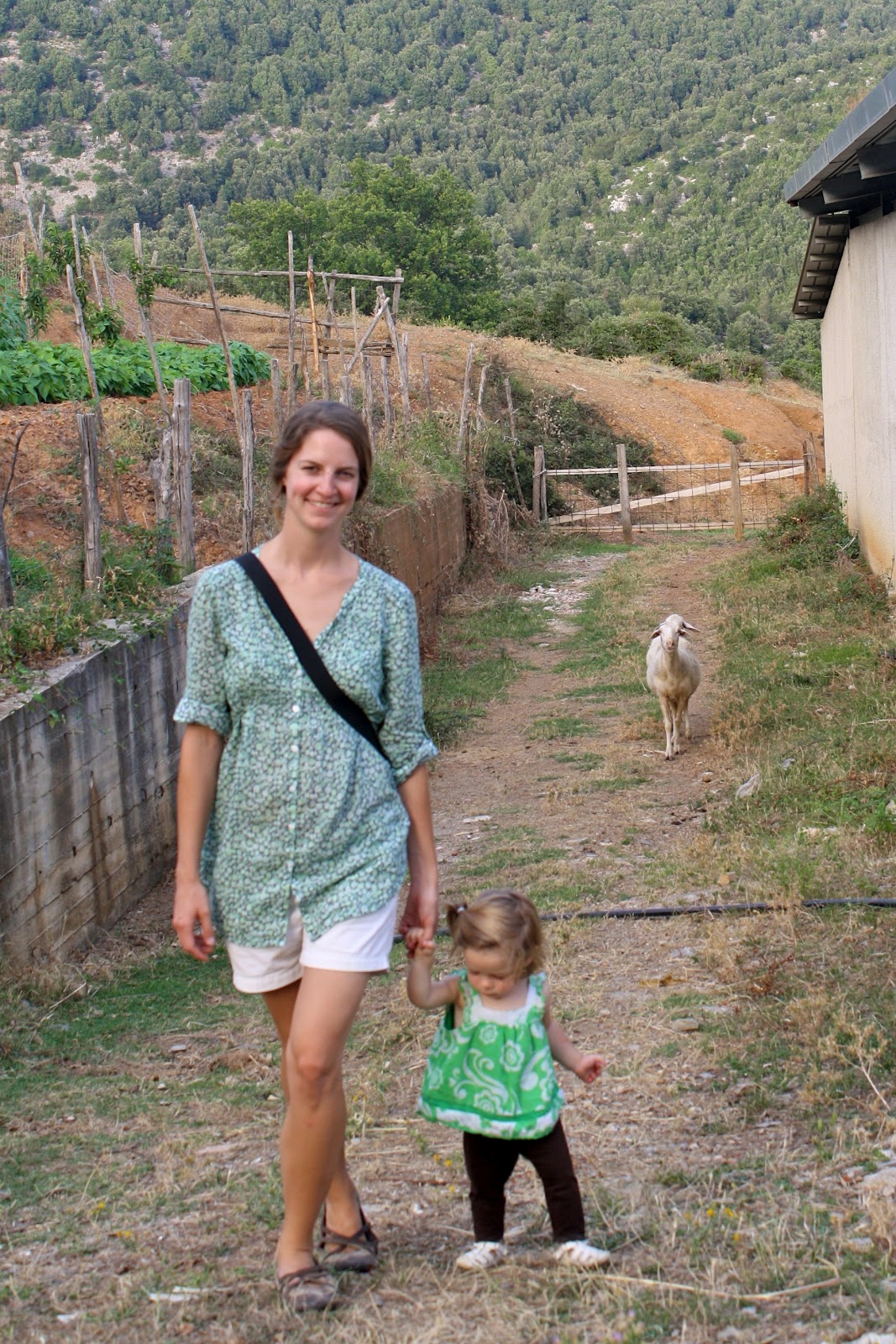 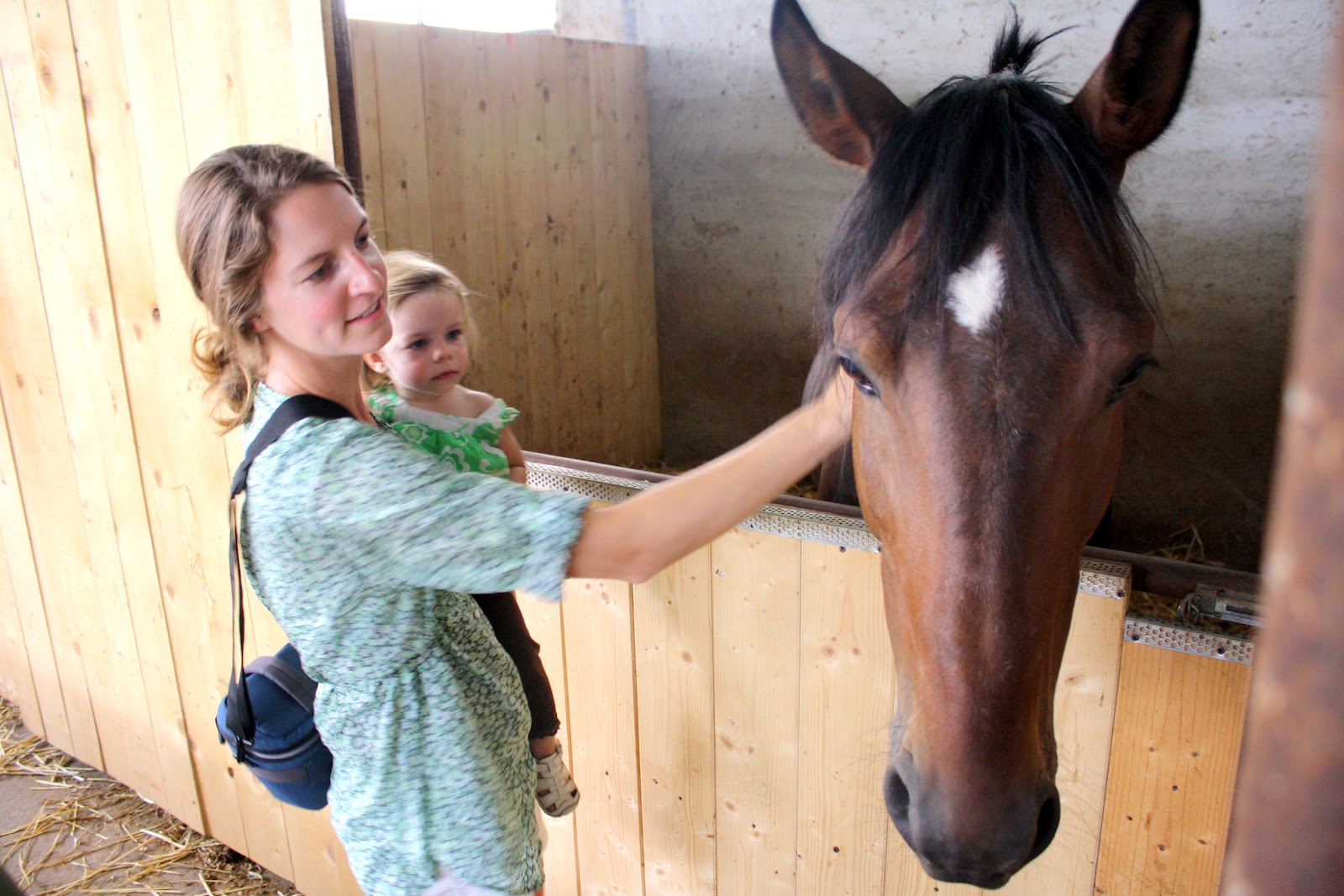 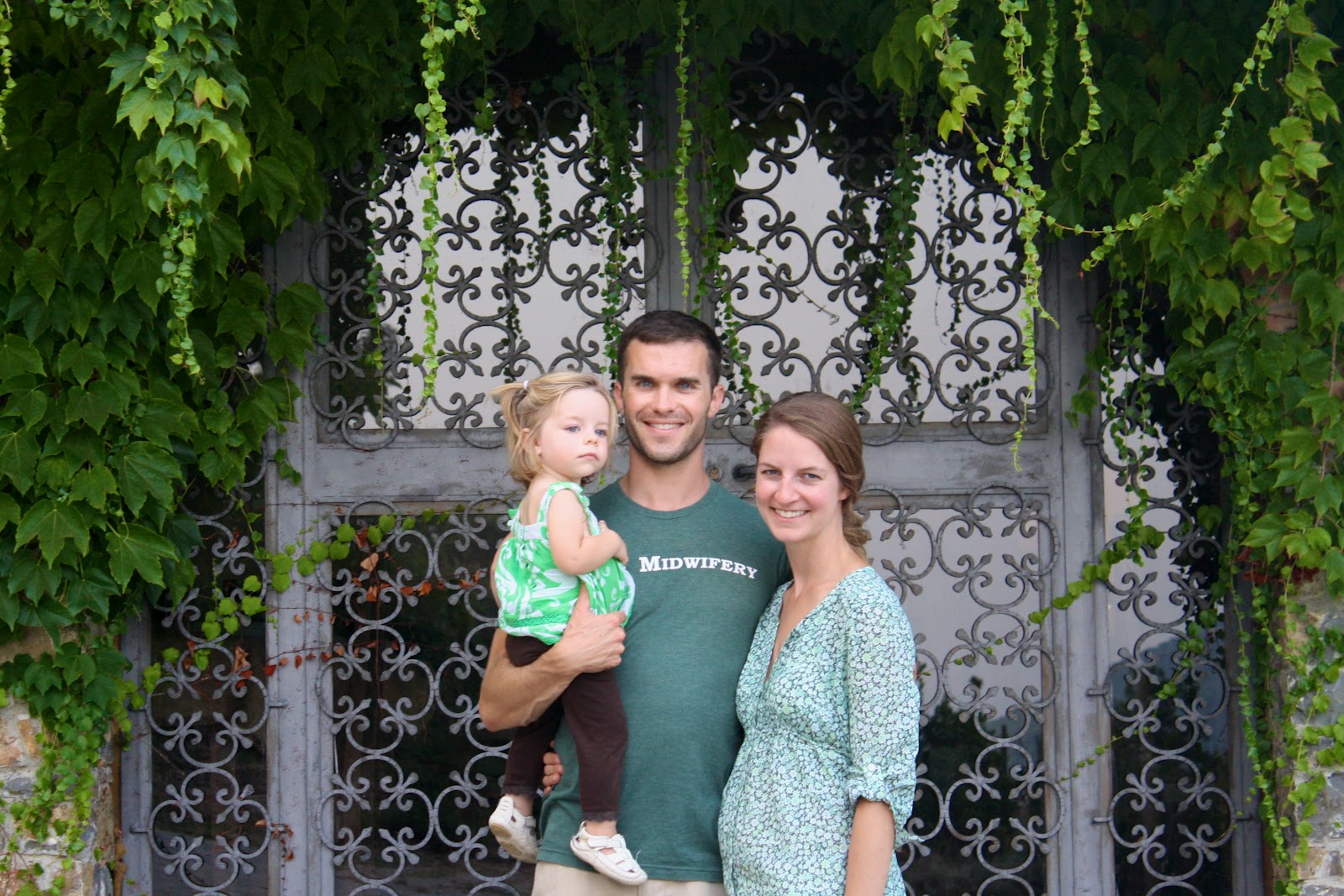 Around 8pm we put Lena to bed and then enjoyed a quiet dinner on the patio.  The chef–a cheerful man named Pierluigi–served a dozen appetizers, all of which he had made from produce and meat from the ranch (sheep’s cheese, pork sausage, proscuitto, pickled artichokes, fresh green salad, eggplant bruschetta, etc.).  Elliott and Jess sipped wine from a nearby vineyard.  Later Pierluigi served us steaks from a cow that had been… umm… well, alive just a few days earlier.  Fresh and tasty.  Sorry if you’re vegetarian, but it was delicious!  Pierluigi popped the top off a Heineken and sat down with us to talk as the meal wound down. 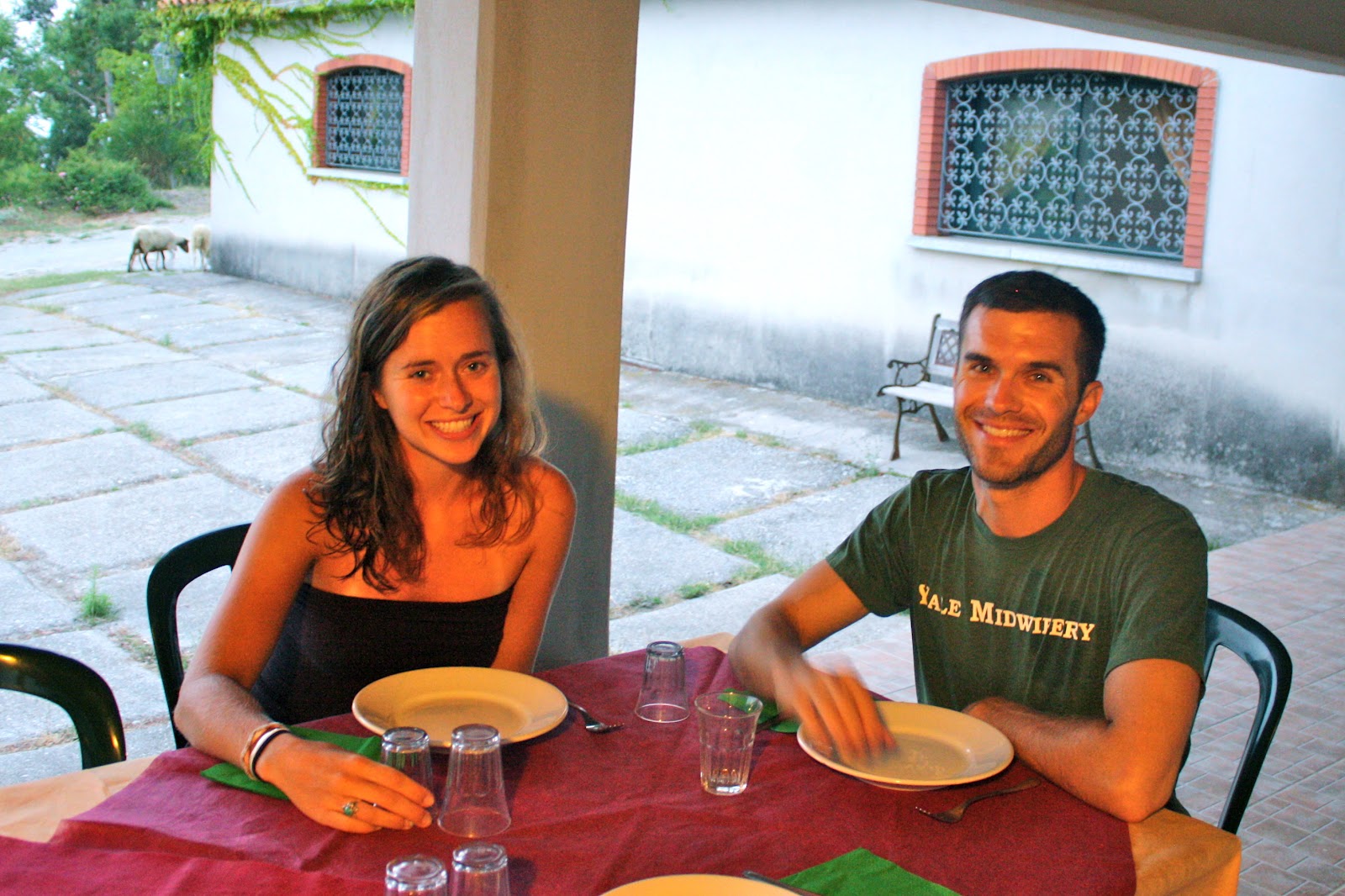 And then home again, home again (jiggity jog) the next morning.  We were so ready to settle into regular life again, as always.  I think we all agree, though, that this whole trip has been one of our favorites in Italy thus far, haphazard and last-minute though it was!