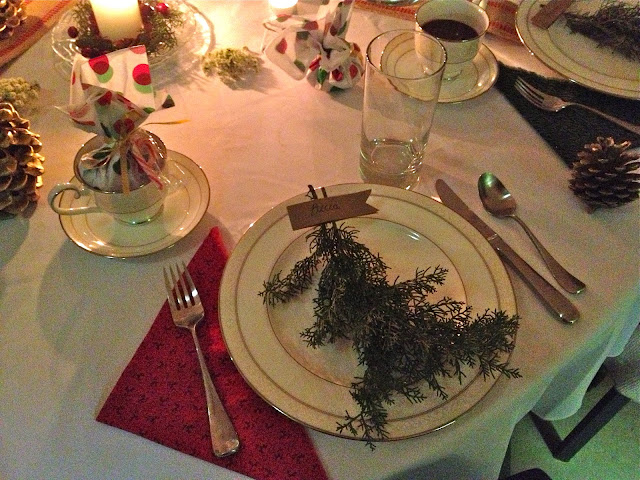 For the past couple of years, Night of Noel has been ah-may-zing.  My friend Joy (creator of Peppermint Bark Chocolate Chip cookies) transformed our chapel fellowship hall into a land touched by elves with twinkle lights.  Unfortunately two things happened between last year and this year: Joy moved away this summer, and I volunteered to be the Hospitality Chair for my Bible study this fall.  Unconnected, right?  I thought so… until I found out that part of my new job included all the decorating for Night of Noel.

For those of you who don’t know me that well, I’m not much of a decorator, or even that creative.  Sure, I like making things, like Peppermint Bark Chocolate Chip cookies and felt baby shoes, but generally I follow recipes or adapt patterns… or take a little jaunt around Pinterest.

Well, it was too late to turn back now.  Recreating the magic of Night of Noel was up to me.  Or so I thought. 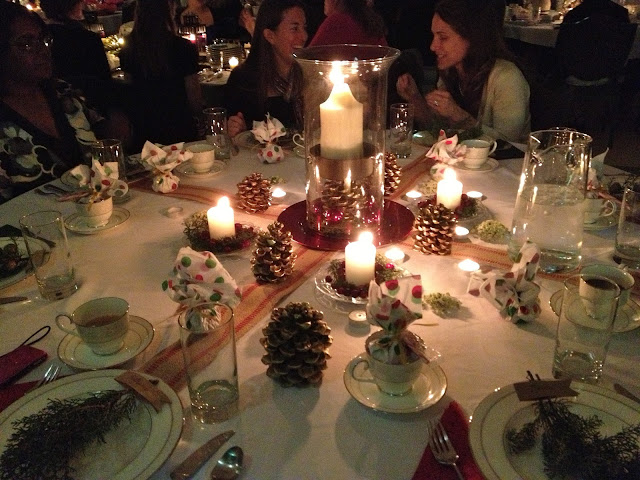 What I found out, however, was that even though Night of Noel’s beauty was up to me in theory… whereas in reality I had a small army around me of dedicated, creative, and profoundly hardworking women.  I showed up on Friday for an evening of decorating the hall and couldn’t believe it when about 10 other women showed up too.  On Sunday afternoon even the guests who showed up early were happy to put the batteries in the last set of twinkle lights or take pictures of my table when I didn’t have time.

And my table that I was hostessing?  It was a collaborative effort between my dear friend Becca and me (Becca Squared was at it again) and pretty much every idea was hers.  Don’t you love the pine branches with the little place cards and the burlap straps that make the table look like a rustically wrapped gift?  I added gilded pine cones that I’d collected on our latest Mt. Etna hike and spray painted gold, and then sprinkled greenery and cranberries around some of the candles on the table. 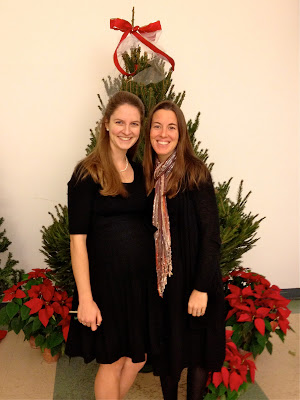 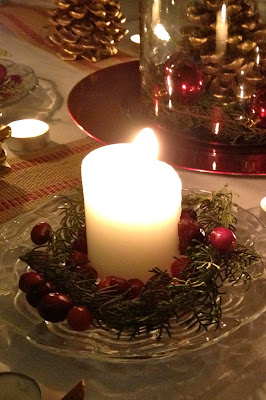 Christmas trees decorated with simple white lights were an easy solution to my decorating woes for the rest of the hall.  Next year (did I just say that?) I might elevate the smaller trees onto tables so that the whole room could see them.   There are at least five trees that are invisible in this picture: 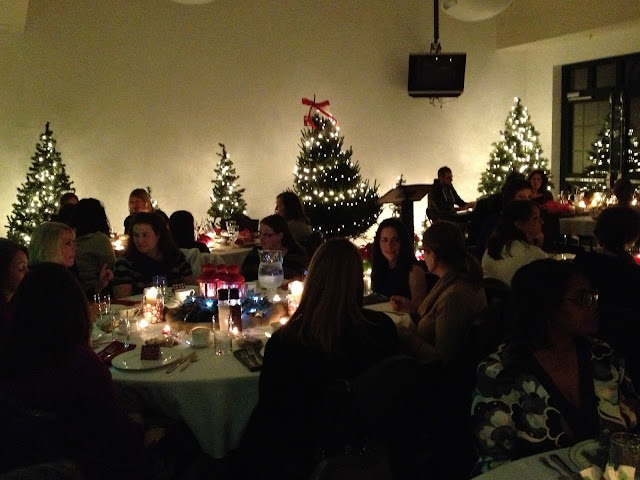 The delicious meal was perfectly prepared by one of Lena’s favorite Italian babysitters, Maria.  We started with bruschetta and Maria’s famous campanada, a Sicilian specialty.  Later the main course included a chicken cutlets and the local classic: pasta alla Norma (eggplant, tomato, and ricotta pasta). 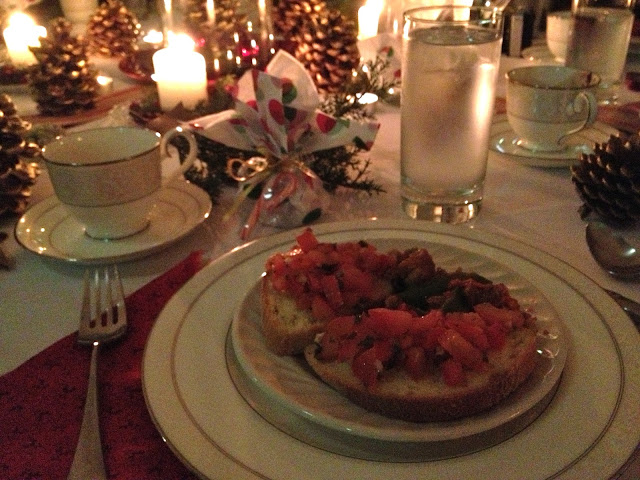 And then, just as I was beginning to breathe a sigh of relief, disaster struck.
We hostesses were responsible for our table’s dessert, and I thought chocolate fondue would be an easy and elegant option. Unfortunately I had no idea how many things were wrong with this plan.
When I hurried into the kitchen to supervise the serving of my dessert, the fondue was not fondue.  As one friend aptly put it later, it looked like coffee grounds.  Coffee grounds!!!  The chocolate had formed large, grainy clumps and separated from the oil.  I swirled a spoon around the pot with horrified despair.
Meanwhile my guests in the hall sipped their hot cider by candlelight and waited for dessert.  The waiters around me were quickly plating white chocolate raspberry cheesecake and individual dark chocolate mousse that other table hostesses had brought.
In the end, Maria saved the day.  She had made a huge Italian cake just because… because she’s Maria and she does unexpectedly sweet things like that.  I asked the waiters to plate slices of her cake with the best of our fondue dippers: oranges and coconut cookies.  It was a meager offering compared to my dreams, and I ate it like humble pie. 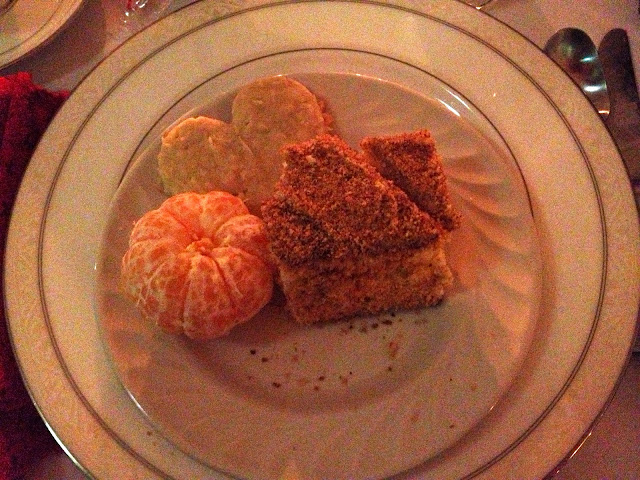 For the first time in my life that evening I received a public thank you and a gift for decorating the event.  I have always wondered what it feels like to be one of those extraordinary, capable women who gets a gift bag and a big thank you in front of a room of applauding people enjoying her handiwork.  Now I know how it feels.
It feels undeserved, because there are probably 15 other people who deserve this applause more than you do, 15 people who worked just as hard as you did but with no job description to egg them on.
It feels false, because “Becca’s beautiful vision” was all from those 15 other women.  And Pinterest.
And it feels so sweet, because the people applauding are grateful and appreciative even when they eat oranges for dessert instead of chocolate and when they can’t see the miniature Christmas trees on the floor.
There is no Pleasure like that of receiving Praise from the Praiseworthy.
-Richard Steele-

my first craft fair
three for thursday {and some thoughts}

11 Responses to Night of Noel