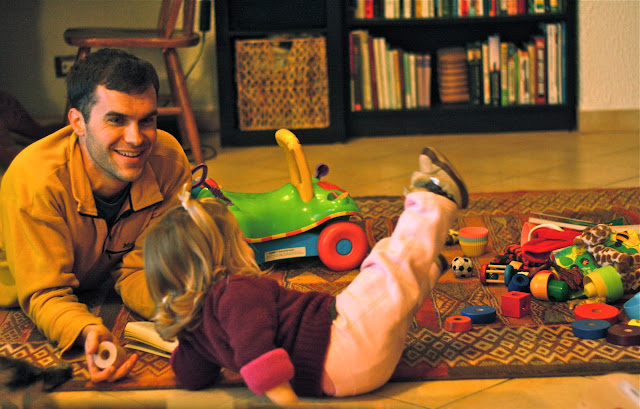 Old-time readers of my blog will know that I love the book Simplicity Parenting; I wrote a book review about it for the blog almost a year ago.  In one section of the book the author suggests starting a toy library.  Try putting out only a few toys at at time for your child to play with and then switching up the available toys every few weeks or so.

Well, I’ve been trying to incorporate this idea into my parenting for awhile now, and anyone will tell you that I’ve been less than faithful.  However, on Christmas Eve night, as I crawled around the floor on my hands and knees tidying up Lena’s toys (as I do every evening… and after every nap… and after we leave one room for another…), my husband shook his head and said, “What about that toy library, honey?”

I looked at the present Lena had just opened and the pile of presents to be opened tomorrow over the next several days and agreed with him.  I dumped out her toy basket and removed everything except a relatively new alphabet puzzle and the gift she had just opened.  Everything else went into her toy library bin.  Many of the smaller items had to be organized into Ziploc bags. 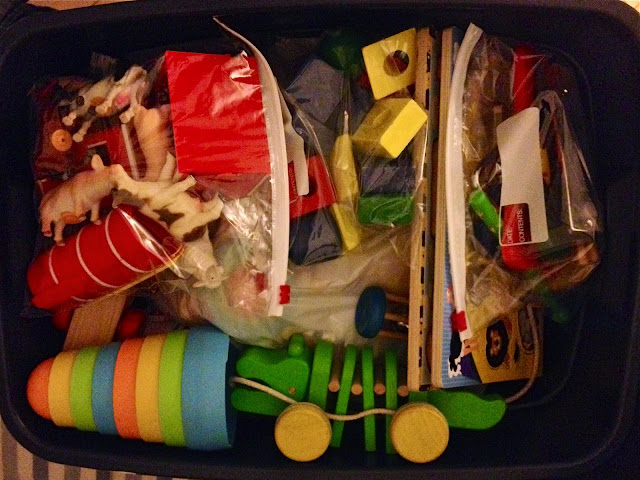 (Do you see that white garbage bag under all these toys?  That is full of infant toys, which I’ll be breaking out at the end of January for our new baby!  And so the toy multiplication continues….)

The blue bin went back up on her closet, to be taken down again in a couple weeks, when Christmas toys will be put away and old favorites will be pulled out again. 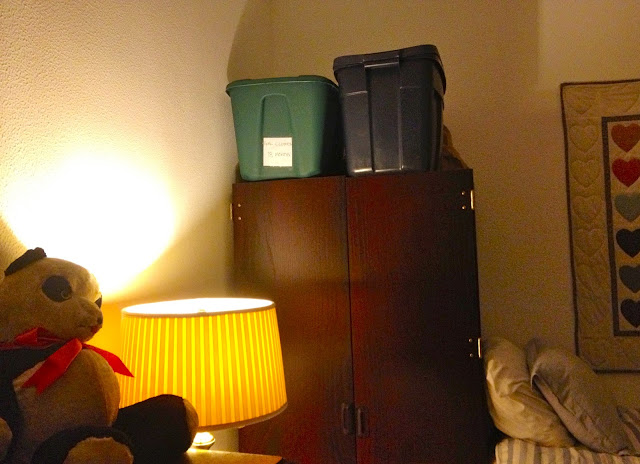 By the time I was finished (not even 15 minutes later), all that remained in her toy basket was the puzzle, a few balls, and her new baby doll and accessories.  Oh, and the box the baby came in, which I think makes a nice little cradle.  Simplicity parenting, right?!

Have you ever done something like this for your kids?  Or would you like to when you have some? :-) 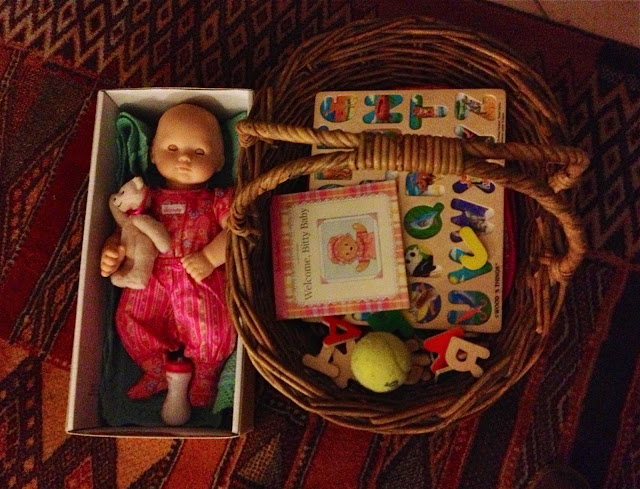 Christmas morning!
not ready to say goodbye yet

6 Responses to practicing what I preach :: toy library